Rao in Nagpur had said that the RSS is one of the most secular organisations as it has respected the right of individuals to practice their own faith. 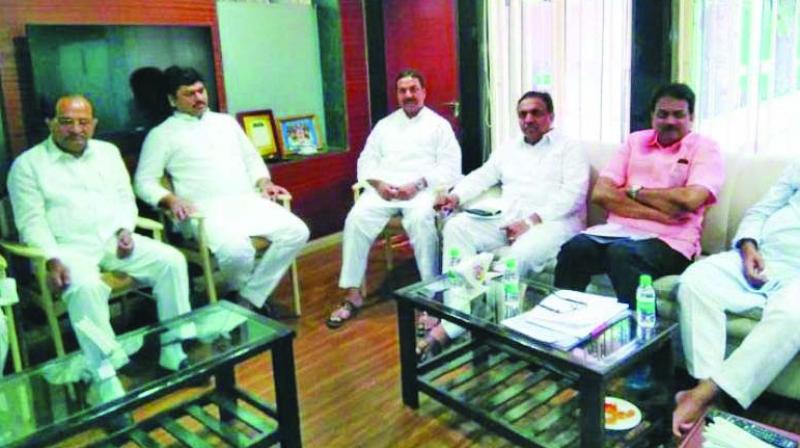 For the first time since 2014, after the BJP-Sena alliance came to power in the state, Opposition members have shunned the governor’s address.

Mumbai: Accusing governor Ch. Vidyasagar Rao of promoting the ideology of Rashtriya Swayamsevak Sangh (RSS), the opposition parties boycotted his address at the joint sitting of the state legislature on Monday. This is for the first time since 2014, after the BJP-Sena alliance came into power, the opposition members have stayed away from the governor’s address.

The members of the Congress, Nationalist Congress Party (NCP) entered the Vidhan Bhavan by shouting slogans like “Gandhi hum sharminda hai, tere qatil zinda hai,” (Gandhi, we are ashamed that your assassins are still alive). They also raised slogans against the governor for supporting the RSS.

Earlier this month, Mr Rao in Nagpur had said that the RSS is one of the most secular and inclusive organisations as it has always respected the right of individuals to practice their own faith.

Expressing displeasure over the remarks, opposition members stayed away from the Central hall where the governor arrived to deliver his address to the joint sitting of both the Houses on the first day of the budget session. They also said that the governor's address has remained only on paper, not a single thing has been implemented.

“Despite the governor's post being constitutional, Mr Rao has openly said that he is a RSS activist. This has created doubts as to whether his address would be in interest of the state or the RSS. Hence we have decided to boycott his address,” said Dhananjay Munde, the leader of opposition in the State Legislative Council.

NCP leader Jitendra Awhad said, “The BJP-Sena government has failed completely to impl-ement even a single promise made in the governor’s address so far. Instead they have only created an atmosphere of intolerance.”

However, a senior BJP leader rubbished the op-position's move to boycott the governor's ad-dress. He said, “They had alr-eady decided to boycott the address and just wa-nted a lame excuse for it.”