Metro 2A work to get quality check consultant

Once appointed, the consultant will inspect the strength of pillars, viaducts, stations and so on. 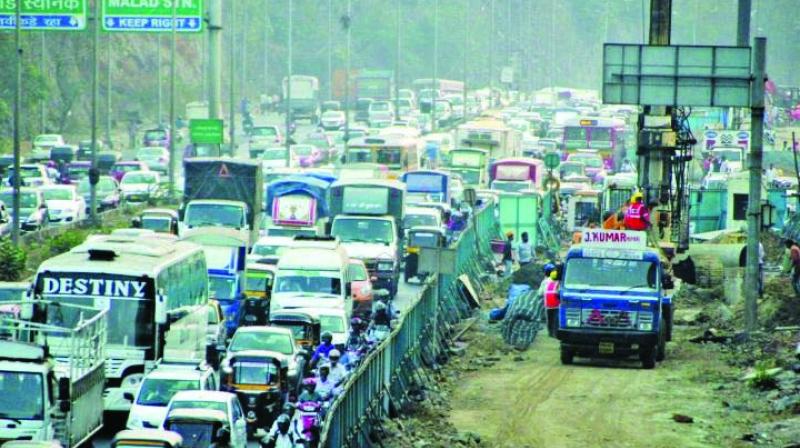 The ongoing construction work for metro in the city.

Mumbai: The Mumbai Metropolitan Region Development Authority (MMRDA) plans to appoint a consultant to check the quality of construction of Metro line 2A (Dahisar to D.N. Nagar). A pre-bid meeting was held for the purpose at MMRDA on Thursday. Once appointed, the consultant will inspect the strength of pillars, viaducts, stations and so on.

Pravin Darade, additional metropolitan commissioner, said, “The quality of work done by the contractor will be inspected and if any irregularities are found, we will ask the contractor to correct them. The design, pier caps, pier, strength and quality of concrete used will be inspected by the appointed consultant.” Once appointed, the consultant is expected to take around two to three months to complete the required inspection and submit the final report.

Meanwhile, the authority has scrapped design ideas submitted by city-based architects for the Metro 2A corridor. Mr Darade said, “We did not go forward with any of the ideas, but we have taken inputs from a few.” The authority held a design competition giving Mumbaikars a chance to decide the design of the Metro stations. The Asian Age had reported in its November 27, 2017 edition the authority’s plan for the new station design where the stations for Metro 2A and Metro 7 (Andheri east to Dahisar east) would sport a leaner design. Both the Metro 2A and Metro 7 corridors are expected to be commissioned by 2019.