A few onlookers have claimed that the bus driver was speeding and had lost control of the bus, allegedly ramming in the van. 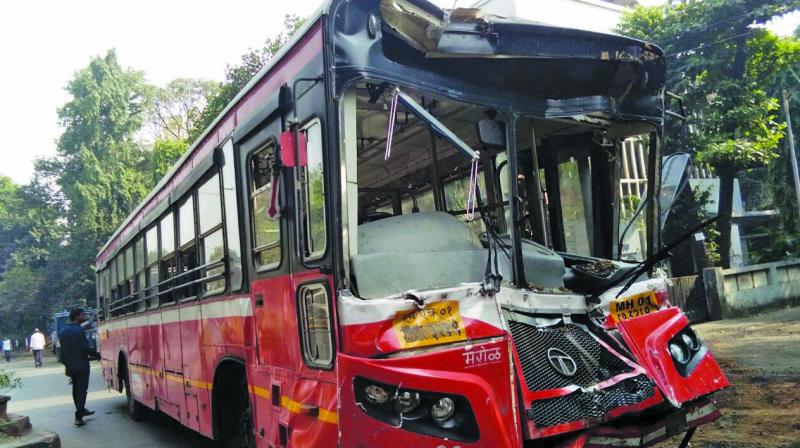 The BEST bus was damaged upon collision.

Mumbai: A Brihanmumbai Electric Supply and Transport (BEST) bus, which was heading from Airoli to Andheri, rammed into a dumper van on Sunday afternoon at Marol.

The front part of the bus was damaged in the accident and 12 passengers, including the bus driver and conductor, were injured. The injured persons were rushed to a hospital in Jogeshwari for medical treatment. They are in a stable condition. The bus driver was arrested for alleged rash driving.

According to the sources, the incident took place on Sunday afternoon at 12.45 pm. The BEST bus plying from Airoli to Andheri depot met with an accident near Marol Naka when it hit a dumper van from behind. 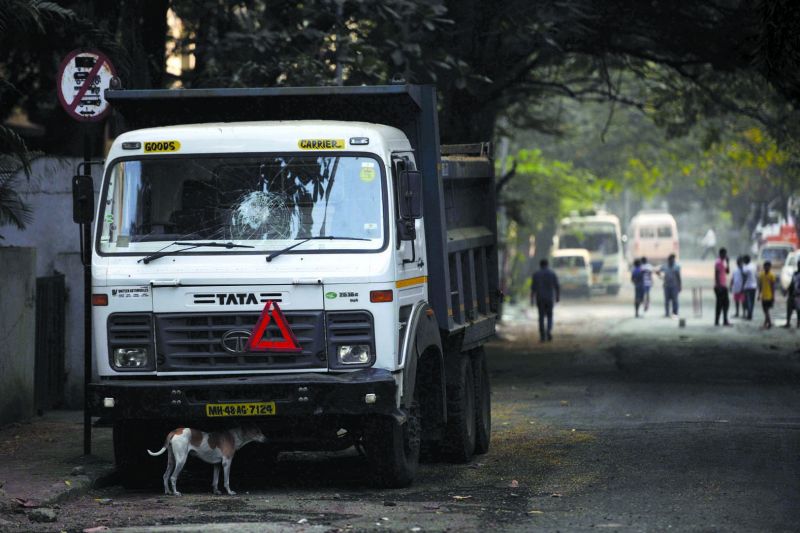 One of the passengers, who was injured in the accident, Gargi Nene (29) said, “I have suffered a few bruises on the arm, and nothing major.”

Another passenger Harish Jha said, “The bus was speeding, and abruptly rammed into something, which we then realised was a dumper. Luckily everyone is safe.”

The police sources said that an accident case was registered and the driver of the bus has been held for rash driving under section 279 of the Indian Penal Code (IPC).

Some of the onlookers also claimed that the bus driver was speeding, and he lost control of the bus and allegedly rammed into the dumper van.

The accident happened near a turn that leads the vehicles towards the Marol depot, which was the bus’ destination. While a few other passer-bys alleged that the dumper van came out of a lane, and then the bus rammed into it from behind. The police is yet to verify the claims and take the probe forward. However, no casualties were reported.