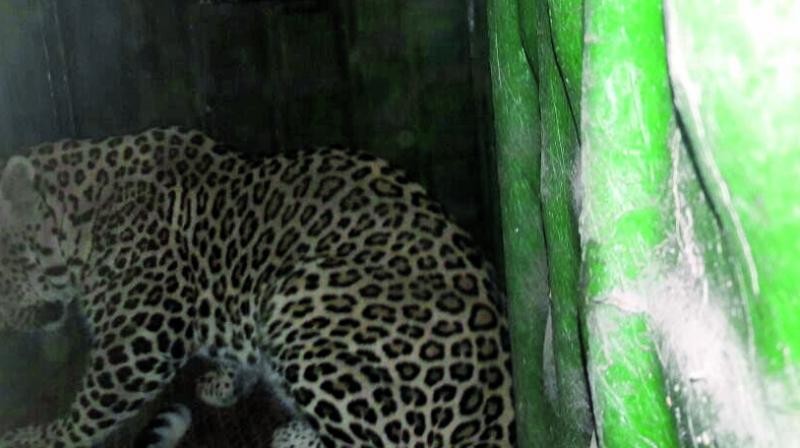 A leopard that was trapped at Aarey on Friday.

Mumbai: Experts have claimed that the forest department had acted under political pressure when deciding to trap two leopards on the basis of sightings alone in the last two months. Clueless about the decision to trap the leopard in the absence of any human-animal conflict, experts also believe it to be a part of a larger plan. The department’s actions came after the metro car depot received exemption in the government’s Eco Sensitive Zone (ESZ) notification. While the department had set up cage at Mataipada in Aarey Colony two days ago, it said that no livestock or human animal conflicts were observed in the area to spur this decision.

Biologist and principal researcher Dr Vidya Athreya said, “The trappings of the leopards was surely due to political pressure. The department has since been taking the initiative to educate the people on the existence of leopards and has also taken efforts to preserve the animal.” She added, “Thirteen leopards were trapped in 2004 in the city, and the official reason stated was ‘political pressure’. Such actions will only lead to fear among people.”

Krishna Tiwari, a leopard researcher said, “I had been to Mataipada some days back to discuss human–animal conflict with them. No person in the pada had negative thoughts or complained of any such conflict or any frequent sighting. There is a need for proper justification from the department for trapping the leopard. Some days ago, there were leopard sightings in Yeor, but just a chat with locals made them understand the matter, and now there are no issues. Trapping of animals only because of claims that they were sighted in may lead to human-animal conflicts.”