Vrinda Modi, one of the victims who sustained burn injuries in the Aarey copter crash, succumbed to injuries at a private hospital. 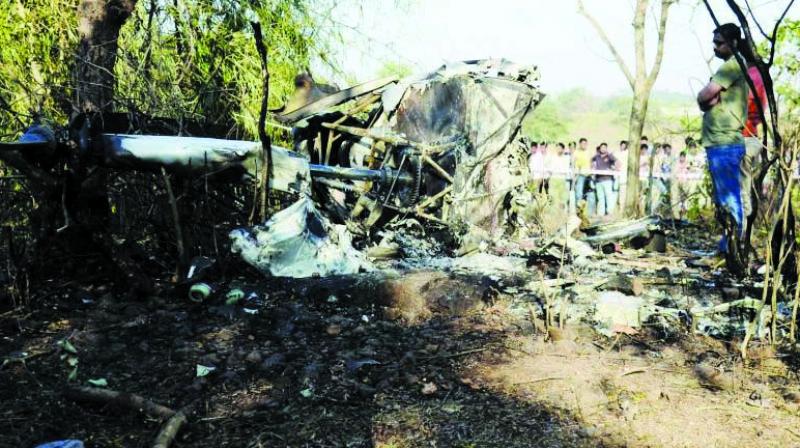 Mumbai: Vrinda Modi, (34), one of the victims who sustained burn injuries in the Aarey copter crash on December 11, succumbed to injuries at a private hospital on Saturday. She was being treated at National Burn Center, Airoli. Doctors from NBC said she died of septicaemia.

Vrinda, who was sitting behind the co-pilot seat when the Robinson R44 Astro helicopter of Aman Aviation crashed in Filter-Pada of Aarey Colony, sustained 50 per cent burn injuries due to the fire that erupted after the blast. Vrinda’s husband Ritesh (36),  who had accompanied her on the trip, had succumbed to injuries on December 13.

Dr Sunil Keswani from NBC said, “Vrinda’s upper body, involving highly sensitive parts like neck, chest and face had suffered 50 per cent burn injuries, due to the incident. The moment she was shifted to our hospital, we immediately assessed that a surgery that went up to seven hours was a must to avoid infections and septicaemia. In such cases of critical burns, septic can cost lives.” “In surgery, we removed all the dead skin and replaced it with her own skin and some from our skin bank,” Dr Keswani further said.

He added that initially doctors of NBC were very confident she would survive the tragedy. “The hands were deeply wounded. Secondly, her body had shown sign of septic. Since infection or septic is a crucial challenge for the burn patients, we tried our best,” he said. The Borivali-based Modi couple, Ritesh and Vrinda had taken the helicopter ride on the sixth anniversary of their wedding. Ritesh had planned the planned the joyride as a surprise for his wife.

The helicopter spiralled out of control and crashed at 11.57 am on December 11. Captain Praful Kumar Mishra, the deceased commander, was conscious and bleeding from a head injury when locals who rushed to the spot pulled him out of the damaged cockpit. He was declared dead when rushed to the hospital. Ritesh Modi died on December 13, while Vrinda Modi had been undergoing treatment. Technician Sanjeev Shankar, the fourth and final passenger in the copter, was treated for injuries and later discharged from hospital.