CR to carry out mega blocks to dismantle bridge

Mr Udasi also said that frequent announcements would be made both locally and through the central announcement system at Masjid station. 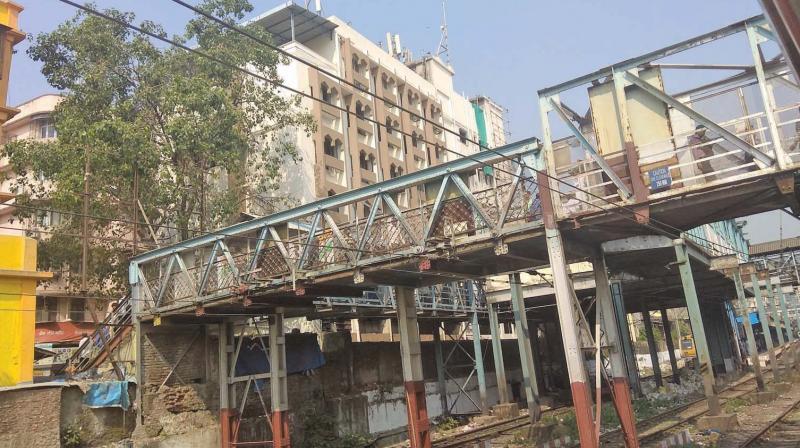 The CR has planned two mega blocks on December 2 and December 16 to dismantle a foot over-bridge (FOB) at Masjid Bunder.

Mumbai: The Central Railway (CR) has planned two mega blocks on December 2 and December 16 to dismantle a foot over-bridge (FOB) at Masjid Bunder. However, the reconstruction work of the FOB will be undertaken from this Sunday.

A CR official claimed that the renovation will be completed in record time. The Asian Age had first reported the CR’s plan earlier this week. To minimise inconvenience to passengers, the CR will carry out the work continuously even at night. The work will include dismantling of the FOB and construction of the new FOB at the same place. The booking office on the FOB will also remain closed during this period.

During the renovation period of the FOB, for the convenience of passengers, arrangements have been made.

Mr Udasi said that the booking office at the Kalyan end will continue to work, with additional windows operating. A team of UTS app promotion will be stationed at the middle of the FOB to guide passengers for ticket purchase through the app. An additional team of TCs and Railway Police Force personnel will be deployed on the other two FOBs already available at Masjid station to guide passengers. Banners at all entry and exit points will be placed for guidance to passengers.

Mr Udasi also said that frequent announcements would be made both locally and through the central announcement system at Masjid station.

There are three FOBs at Masjid station, of which, one has been taken up for renovation.