Ready to face any threat: Mumbai police on 26/11 anniversary 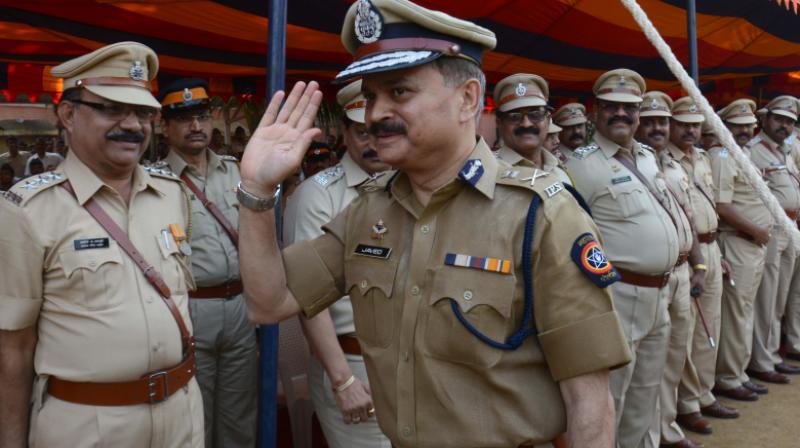 Mumbai: Eight years after the terror attacks in the city which claimed 166 lives, Mumbai's top cop is confident that the force is ready to meet any terror threat.

"We are ready to tackle any terror threat. Our personnel are fully geared to meet any eventuality," Police Commissioner Datta Padsalgikar told PTI in an interview.

"Mumbai is the financial capital of the nation, so it always faces a threat from terror organisations. Mumbai Police is always prepared to secure Mumbai, which has international importance," he said.

"Several initiatives have been taken by the government to secure Mumbai. Police now have modern equipment and are on constant vigil. They remain alert to provide safety to citizens," the senior IPS officer said.

"We have created specialised groups at police station level and also set up Quick Response Teams (QRT) at region level. Their members have been given proper training in counter-terrorism," Padsalgikar said.

These teams are always ready to swing into action, with modern weapons and gadgets, he added.

"After the 26/11 attacks, Maharashtra Police formed the 'Force One' commando unit, located in Mumbai's Andheri suburb. The National Security Guard (NSG) also has its base in the city. Mumbai Police is also in active coordination with other Central agencies," Padsalgikar said.

"Terrorism is a big challenge and Mumbai Police is prepared to ensure safety and security of Mumbaikars," he said.

Padsalgikar paid his tribute to martyrs and citizens who laid down their lives during the 26/11 attack.

"With proper training, Mumbai Police have developed various capacities to tackle any kind of emergency situation," he said, adding with this kind of high preparedness, the force is always ready to give a befitting response to terrorists.

Padsalgikar, a 1982 batch IPS officer, had a long stint in the Intelligence Bureau and considerable experience in terror and counter terrorism operations.

He played a key role in gathering evidence against Pakistan in the 26/11 terror attack case. He had procured from the US, records of communication between the terrorists and their handlers, which helped nail the Pakistan non-state actors in the case.