CR: State unable to increase ambulances at every station

Sharma said the CR has been in constant touch with the state on this issue but has only received a negative response. 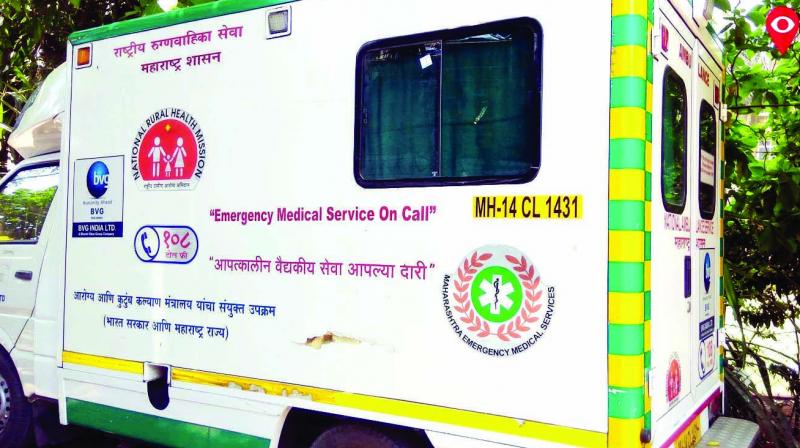 108 services have base locations at 46 railway stations.

Mumbai: The Central Railway (CR) general manager D. K. Sharma on Wednesday said that the state government had expressed its inability to increase the ambulances at every station in the city.  Mr Sharma said the CR has been in constant touch with the state on this issue but has only received a negative response.

He stated categorically that CR was only responsible for providing an emergency medical room at each station, which it was doing so.

Responding to queries about the unavailability of doctors in ambulances and punctuality, which were raised by The Asian Age, the GM said it was not just the railway’s responsibility but also that of the local body and the state government, as they are responsible for local transport.

Meanwhile, Dnyaneshwar Shelke, the chief operating officer of Maharashtra Emergency Medical Services, said, “108 services have base locations at 46 railway stations in Mumbai. Additionally requirement has not been communicated to us.”

Mr Sharma also applauded the state government for approving nine metro lines in the city. “This is a joint effort made by all the government agencies to resolve the problems faced by local trains in the city. Mumbai is the only city with suburban train services,” he said.

“There are certain limitations to inducting new services in Mumbai. Hence, the metro is needed. This work should have been done 10 years ago. Until the metro does not come, the city’s problems will remain. The work, which has been undertaken in the last four years, has not been done in the last 20-25 years,” he said.

Following the Amritsar tragedy, Central Railway has undertaken safety drives in all of its five divisions. CR will identify all the vulnerable spots where maximum trespassing takes place. It will also undertake short-term crowd control measures, said CR General Manager Devendra Kumar Sharma. He added that it was also the responsibility of passengers to be alert regarding their safety.