Teen who jumped from train may have known accused: Police

The 13-year-old girl had jumped off a running train on Sunday morning. 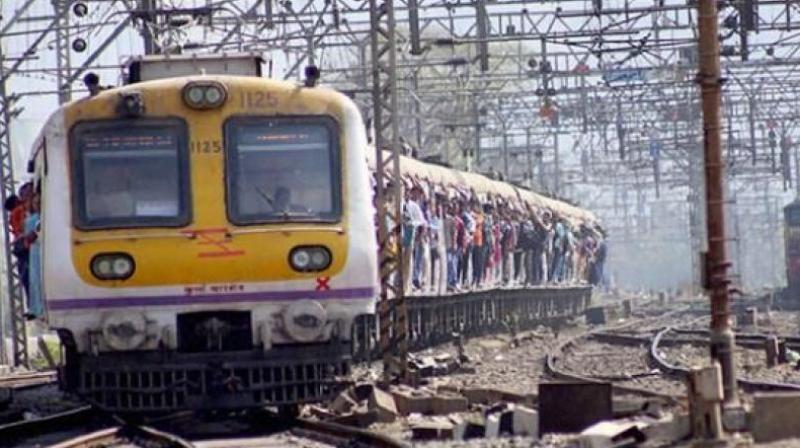 The police became more suspicious after the girl refused to identify the accused when they showed her his picture. (Photo: PTI/Representational))

Mumbai: While conducting a probe into the case related to a 13-year-old girl who jumped off a running train on Sunday morning after a verbal exchange with a man found in a ladies-only coach, the railway police has stumbled upon a CCTV camera grab that suggests the two may have known each other.

The CCTV grab shows the girl and the man conversing with each other on the platform before they boarded the train at platform number four of the Chhatrapati Shivaji Maharaj Terminus (CSMT). The railway police tracked down the man late on Monday.

The officials are however unable to question the girl on the new facts as her parents are allegedly not granting them access to her citing that she is in a state of trauma. The police became more suspicious after the girl refused to identify the accused when they showed her his picture.

“We have a high-definition clear picture of the accused, developed from the CCTV grab, while he was boarding the ladies coach. When we showed it to her, she flat out refused it, saying that he was not the person. We found it highly unusual,” said a GRP officer, requesting anonymity.

The investigators have also added that the accused alighted at Masjid and in the subsequent stream of CCTV camera footage, he was seen returning to CSMT station and exiting from the exit near the outstation train terminal.

This has further strengthened the GRP officials’ doubt that he resided in the same neighbourhood as that of the victim and that they knew each other. The GRP has filed a case against the man over charges related to alleged molestation and under Protection of Children from Sexual Offences Act.