However, Ola, Uber fare may remain same with recommendation to double base price. 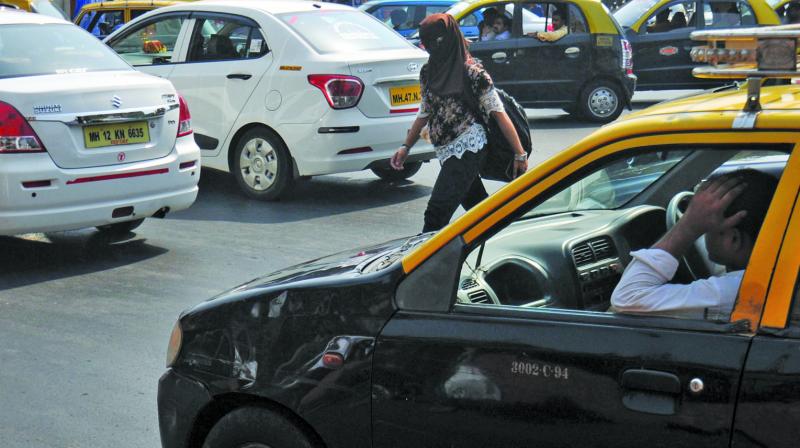 Currently, the minimum surge is two times the normal.

Mumbai: Fares of app-based aggregator cabs Ola and Uber may not change if the government follows recommendations of the B.K. Khatau committee, constituted to arrive at competitive fares for Ola/Uber and black-and-yellow taxis. The committee has provided a minimum of Rs 14 to be charged as base fare, up from the existing Rs 8 for Ola and Rs 6 for Uber. But it has also said that there should be a cap on surge pricing, which will be worked out in due time. Currently, the minimum surge is two times the normal.

On the other hand, despite a cap on surge, the increase in base fare will help balance the loss and result in the companies earning almost the same. Ola and Uber fares have been increased in order to level the playing field, with auto-rickshaws and black-and-yellow taxis too, getting revised fares including a one-rupee hike, bringing their base fares to Rs 19 for rickshaws and Rs 23 for black-and-yellow taxis.

Transport officials said that it remained to be seen if the move actually brought parity between black-and-yellow taxis and taxi aggregators such as Ola and Uber. A transport official said, "Although providing a proper fare structure for Ola/Uber is in itself good, the fact is that by increasing their fares to almost double and capping their surge prices, private cabs may end up making as much as they did earlier or the reduction in profits will be marginal. The committee has attempted to be fair but capping surge pricing while increasing base fares is at cross purposes with each other.”

The committee report, made public late night Monday, has a lot of other pluses for private aggregators such as doing away with the requirement of 30 per cent of the fleet having a 1,400 cc engine for clean fuel. Ola and Uber drivers have been allowed flexible hours. Contrary to the recent announcement by transport minister Diwakar Raote, Ola and Uber cabs will not need strips of Daffodil paint to identify themselves. The recommendations have also done away with the condition for drivers to have 15-year domicile in Maharashtra.

Reasons why Khatau committee was formed

In 2015, the unions approached the Maharashtra RTO, asking Ola and Uber to be brought under the purview of law as they had begun to dent the business of black-and-yellow taxis and rickshaws in south Mumbai and the suburbs respectively.

The unions called for regulation of aggregators, and the committee was formed three months ago.