The victim is being treated in Rajawadi Hospital and her health is said to be stable. 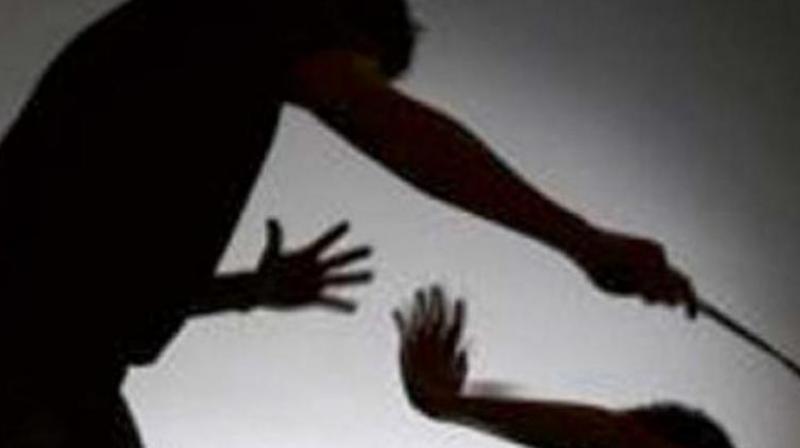 The accused has eight children, of whom, his son who has been arrested in the rape case, is the third child. (Representational image)

Police inspector Ravin Kuvetkar said, “The accused’s son who has been arrested in connection with the rape of the victim’s daughter, did not get bail twice in one month. Therefore, the accused, Kamble, was frustrated, and allegedly met the victim at her Kurla residence and attacked her on the face and neck with a blade. He then fled to Dadar. We had his phone number which we traced immediately and arrested him.”

The accused has eight children, of whom, his son who has been arrested in the rape case, is the third child.

Earlier, Kamble did not have the money to bail out his son but now, he will have to arrange cash for his own bail as well.

Officers said that one month ago, Kamble’s son called the victim’s 13-year-old daughter and lured her into meeting him at night in an isolated lane on the pretext of teaching her a certain subject.

He then raped her and threatened to tell her parents about the incident. The girl however confided in her mother who got Kamble’s son arrested. Meanwhile, Kamble has been arrested under section 307 (attempt to murder) of the IPC.

He was produced in court on Tuesday. The court  remanded him to to five days police custody. The victim is being treated in Rajawadi Hospital and her health is said to be stable.