The government is confident that the airport will be functional from December 2019. 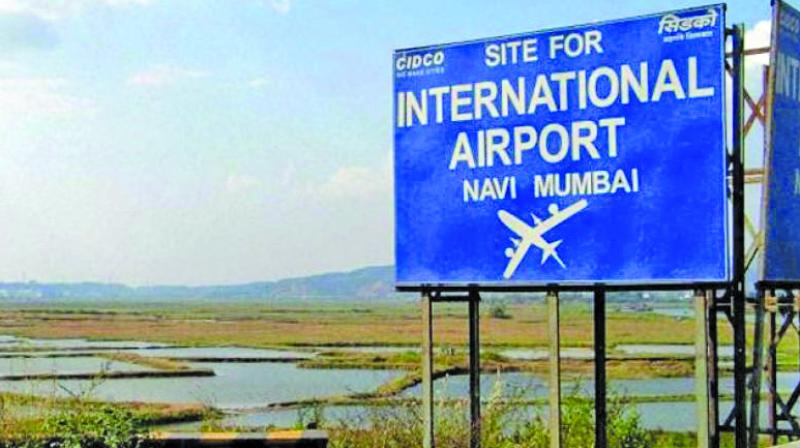 MIAL is a joint venture between the Airports Authority of India (AAI) and the GVK-led consortium.

Mumbai: The Maharashtra Cabinet on Tuesday approved the GVK led-Mumbai International Airport Limited (MIAL) for the development of the much-delayed Navi Mumbai airport project. MIAL is a joint venture between the Airports Authority of India (AAI) and the GVK-led consortium. The government is confident that the airport will be functional from December 2019.

The Greenfield Airport has been planned on an area of 1,600 hectares in Navi Mumbai for which the City and Industrial Development Corporation (Cidco) is the nodal agency. The government had called for international bids for the airport project in which GMR Airports, Voluptuous Developers (Hiranandani Group) and Zurich Airport International AG, MIA Infrastructure (Vinci Airport and Tata Realty) and MIAL had participated. “Based on various criteria, the MIAL was giving the best deal with quality. It was proposed by a committee of officials and today the Cabinet also approved the bid,” an official from the chief minister’s office said.

The MIAL has fulfilled all the security conditions for the airport and agreed to pay 13 per cent of the revenue to Cidco. MIAL will hold 74 per cent equity in the airport with the AAI and Cidco each holding 13 per cent. The nodal agency will also get concession fee of Rs 5,000 crore. The MIAL will also pay Rs 3,420 crore to Cidco for the development works, which will be conducted after 11 years from the appointment of the MIAL. “The state exchequer will not have to bear the burden of the project, as the appointed company will take care of it,” the official added.

The Navi Mumbai international airport, the second airport in the city, will be built near Panvel. The project, worth Rs 16,000 crore, has been mired in environment norm-related controversy due to which it has been delayed. However, it is now back on track with the recent development of appointing the developer.