Deshmukh had announced the adoption of the OSM system in order to assess the papers of 17 lakh final year students. 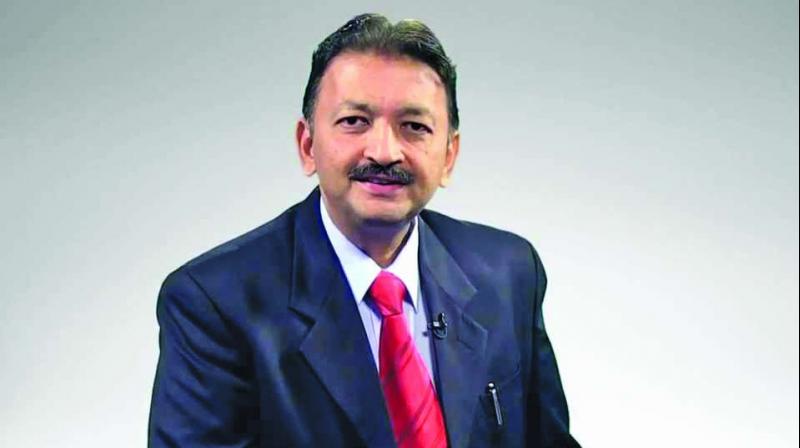 Mumbai: Maharashtra governor C. Vidyasagar Rao, who is also the chancellor of the University of Mumbai (MU), on Tuesday sacked Sanjay Deshmukh as the university’s vice-chancellor. Mr Rao removed Mr Deshmukh under Section 11(14)(e) of the Maharashtra Public Universities Act, 2016 for his alleged gross negligence and failure in implementing the online On-Screen Marking (OSM) assessment system for the final year exams in April–May, which resulted in a four-month delay in the declaration of results. Earlier, on August 10, the governor had sent Mr Deshmukh on ‘leave’.

In April, Mr Deshmukh had announced the adoption of the OSM system in order to assess the papers of 17 lakh final year students. His idea was to do away with malpractices and counting mistakes by putting the entire assessment system ‘online’. However, because of lack of planning and preparation, assessors found it difficult to adapt to the new system when it came to looking at the answer sheets of 377 examinations. According to them, after assessing the answer sheets via the pen-and-paper method for years, it was too new for them. Moreover, many teachers were 50-plus years of age, because of which they found it difficult to correct the papers on a computer screen.

The controversy was kicked off when the varsity managed to declare only 30-odd results 45 days of conducting the exams, a violation of the Maharashtra Public University Act, which says results must be declared by 30 days, or 45 days at most.

From students groups to political parties, everyone started blaming Mr Deshmukh for the fiasco. After he was sent on ‘leave’, the vice-chancellor of Shivaji University, Kolhapur served in Mr Deshmukh’s place as in-charge V-C. Mr Devanand Shinde was placed on a ‘special duty’ that was to clear the mess Deshmukh had allegedly created.