As a part of its road-widening work, the MBMC had demolished Hotel Guru, a restaurant and bar next to the railway station. 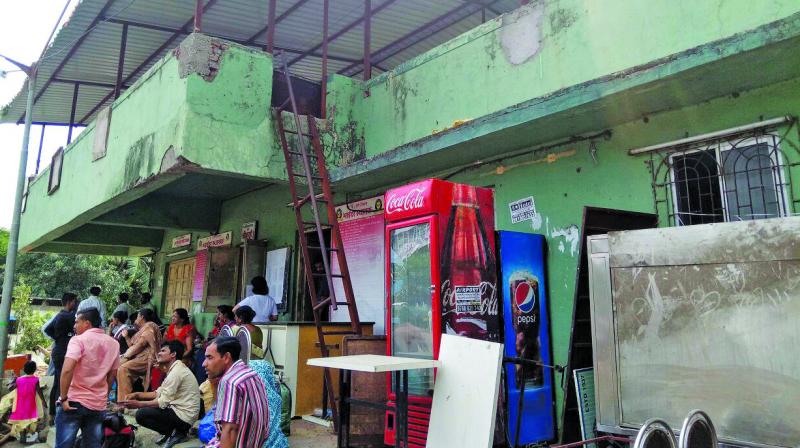 The location of the bar.

Mumbai: The Mira Bhayandar Municipal Corporation (MBMC) has sparked a controversy by allowing the relocation of a bar to a property located above the control room of the Maharashtra State Road Transport Corporation (MSRTC) in Bhayandar (west).

As a part of its road-widening work, the MBMC had demolished Hotel Guru, a restaurant and bar next to the railway station. “The single-storey structure in question is an MBMC-owned property and has been rented out to the MSRTC which will soon shift to its original depot. The bar was demolished to facilitate road widening and as per provisional arrangements, the owner of the razed structure has been allowed to occupy our premises,” confirmed MBMC’s executive engineer Deepak Khambit.

Interestingly, the civic administration in its letter to the excise department has also recommended a change-of-address request to facilitate the bar to operate from its newly relocated address.

“Change-of-address for any such establishments needs all the necessary compliance as required for new applications including mandated distance from schools, temples and even bus depots. Moreover recommending licences is not a subject of local civic bodies,” said an excise officer, requesting anonymity.  He added, “As of now, the establishment is not allowed to serve liquor.”

“This is a classic case of the administration buckling under pressure from local politicians. How can the MBMC think of allowing something that is legally and socially not correct,” asked former corporators Milan Mhatre.