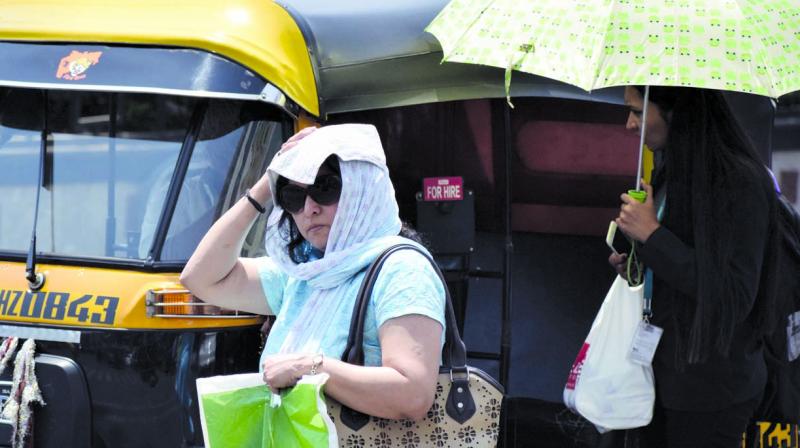 In the last 24 hours since Monday, the Santacruz observatory recorded a maximum temperature of 32.4 degrees Celsius, two degrees above normal.

Mumbai: A sudden increase in temperature has left the city warm and humid compared to last week.

India Meteorological Department officials attributed the climbing mercury to the absence of strong winds and rain.

In the last 24 hours since Monday, the Santacruz observatory recorded a maximum temperature of 32.4 degrees Celsius, two degrees above normal.

Areas such as Goregaon and Chembur also saw the mercury soaring up to 32.30 and 32.17 degrees Celsius respectively.

Weathermen have stated that the maximum temperature since Monday has increased by over 2-3 degrees Celsius, compared to last week.

“With a reduction in rainfall in the past three to four days, the city saw a cloudy sky today along with high humidity. The past 24 hours’ temperature indicates crossing of 31 degrees at a few places,” said K.S. Hosalikar, deputy director general, India Meteorological Depar-tment, Mumbai.

“The temperature till last Friday was lingering between 29 and 30 degrees Celsius, and it saw a spike since last weekend,” said an IMD official.

The IMD predicted that from Wednesday onwards, the city is likely to witness light to moderate rains for four days.

While Mumbai witnessed torrential rains in the beginning of September, the rest of the month saw intermittent showers, breaking the monthly average record.

However, the withdrawal of the Southwest monsoon over the Mumbai region has been delayed by a month with no signs of sporadic rainfall before the withdrawal occurring over Maharashtra, which is usually witnessed, according to the India Meteorological Department.