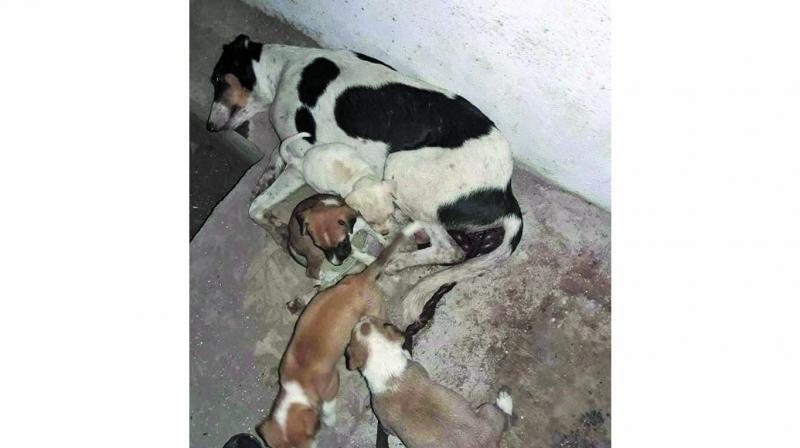 The female stray, Bindu, who had recently delivered seven puppies, died of trauma.

Mumbai: People for the Ethical Treatment of Animals (PETA) India has approached the Mumbai police commissioner, asking for section 377 of the Indian Penal Code, 1860, to be added to the First Information Report (FIR) which was registered against a security guard for allegedly raping a stray female dog by forcing a sharp object into her vagina and causing her internal organs to prolapse, leading to her death.

The incident came to light when animal activist Nisha Jain found Bindu, a canine in the building complex, lying in a pool of blood with her intestines dangling out. The incident took place on August 16 between 2.30am and 3.30am.

The CCTV footage showed that at 3.30am, Bindu was seen near the building with something dangling behind her. After Ms Jain found Bindu, she was rushed to a veterinary doctor who performed a surgery.

Premshankar Rai was arrested on Wednesday for allegedly inserting a rod inside the vagina of the stray dog and pulling out her intestines.

Bindu, who had recently delivered seven puppies, died of trauma and Rai was released on a bail bond of  Rs3,000 on Wednesday itself.

PETA India emergency response coordinator Meet Ashar told The Asian Age, “After committing such a heinous crime on an animal, the accused has been set free. What is the guarantee that he won’t commit any kind of crime!”

“We call for anyone found harming animals to be punished to the fullest extent of the law and request that the government strengthen penalties for abusing animals – for the safety of the entire community.

“We have urged the police to include section 377 pertaining to sexual assault of an animal by a human being so that the accused is punished with life imprisonment,” said Ashar.