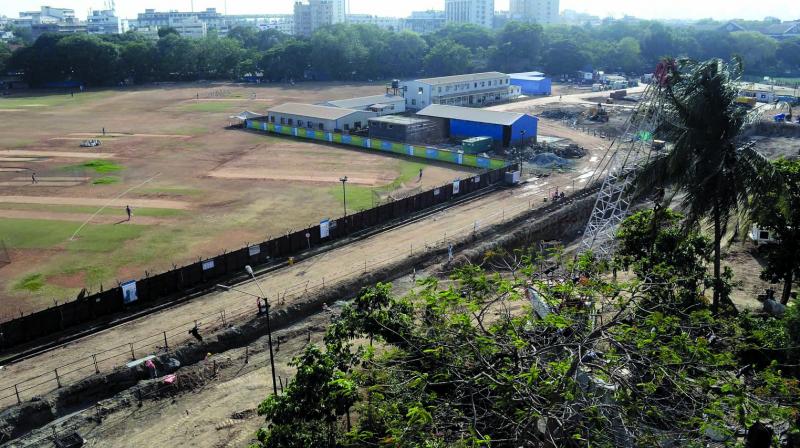 Mumbai: The Bombay high court may ask Veer Jijamata Technical Institute (VJTI) to send its experts to Princess Street and Kalbadevi Parsi Agiary of south Mumbai, which falls under Heritage Structure-3 list and assess whether any structural damage might be caused to the temples or the holy wells in the premise due to tunnelling work for Metro 3. The court also directed that VJTI file its impact assessment report.

The court on Tuesday suggested that the Mumbai Metro Rail Corporation Limited (MMRCL) seek the opinion of an independent expert body on the possible damage that could be caused to two Parsi temples in the city due to the Metro 3 work. Accordingly, MMRCL and the petitioners, after discussion, informed the court that they have amicably decided on VJTI to do the assessment work. MMRCL counsel Shrihari Aney told the HC that instead of IIT, both parties gave preference to VJTI. The court will pass its order on Wednesday.

The bench was hearing a petition filed by the Parsi community opposing the drilling work. The petitioners told the HC that the MMRCL was making two tunnels near Azad Maidan as part of the work on the Colaba-Bandra-SEEPZ Metro 3 corridor. As per the plea, these tunnels will pass directly under two fire temples and Atash Behrams (sacred fires), one at the junction of Princess Street, and another at Kalbadevi.  They said  it would lead to desecration of the holy fires and  threaten the structural safety of the temple buildings. The wells at the temples might also run dry due to the tunnelling work.

The MMRCL informed the court that following the apprehensions of the Parsi community, it had altered the alignment of such tunneling work by around four metres to ensure that no damage was caused to the temples or the wells.