The incident occurred around 12.30 pm. 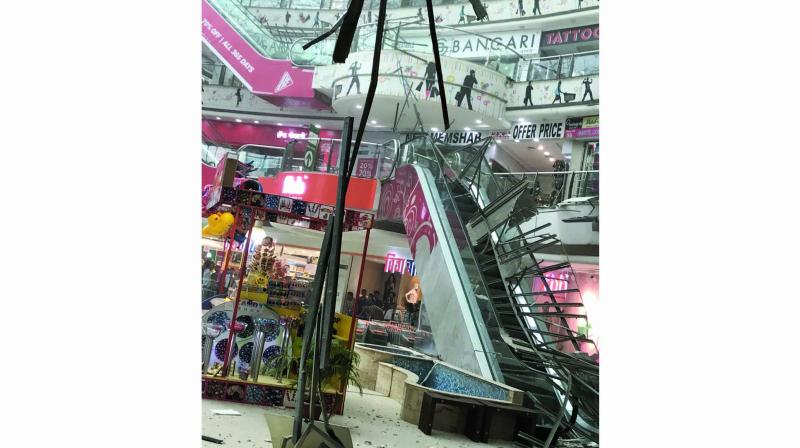 Mumbai: A part of the ceiling of Raghuleela Mall located opposite the Vashi railway station collapsed on Tuesday afternoon. However, there were no casualties reported in the incident. The Vashi police station is investigating the cause of the collapse. The mall, which sees hundreds of shoppers everyday, is currently being cleared of debris.

A video of the ceiling collapse, which occurred around 12.30 pm, went viral on social media. According to reports, the plaster of the ceiling fell down on the third floor of the mall and the metal reinforcement, which provides strength to the building structure, reached till the ground floor. The police suspect that the rains must have dampened the ceiling due to which it came crashing down. However, the exact reason is not yet known.

“It is unfortunate that this incident happened. The mall will main closed till the repair work is completed. The fallen debris is being cleared presently,” said a staff member of Raghuleela Mall.

“Since it was a weekday and that the incident took place early in the afternoon, there was not much of a crowd in the mall. While there seemed a lot of damage inside the mall due to the ceiling collapse, it is a relief to know that no one was injured,” said Priyanka Gupta, a visitor.