Hindu Mahasabha to bid for Amina bldg in Aug auction. 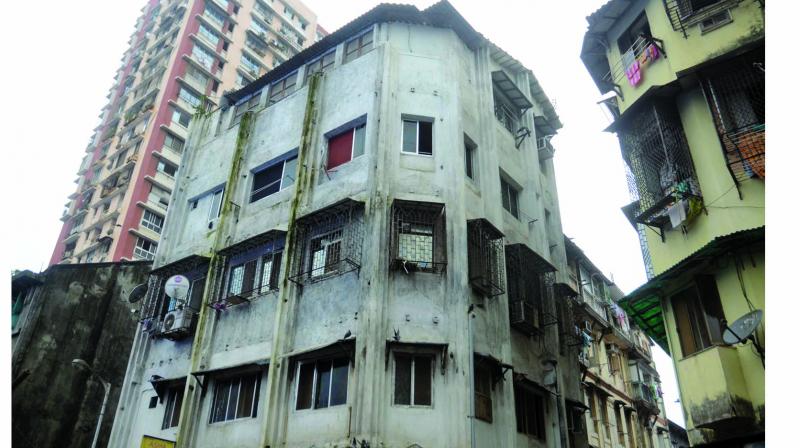 Mumbai: Heavy police presence for the security of officers of the Smugglers and Foreign Exchange Manipulators (SAFEMA) officers and the working president of the Hindu Mahasabha, which will be bidding for one of the properties of Dawood Ibrahim Kaskar, marked the inspection of the fugitive gangster’s south Mumbai property on Tuesday.

The team visited Masulla building, better known as Amina building (named after the gangster’s mother) in Bhendi Bazar, ahead of the auction scheduled to take place in August. The Hindu Mahasabha working president Indira Tiwari inspected the dilapidated Amina building. “We want to end this fear psychosis from the mind of the people by bidding for the building,”  she said. When asked if the inspection was interactive and if any locals were approached to understand how they are taking the auction, she said, “The locals are cowards who chose not to have speak so far. Why should we speak to them?”

The Hindu Mahasabha will be bidding for the structure, along with its umbrella bodies. “The building will be pulled down to build a multi-storey, which will operate an old age home and shelter for homeless women,” said Ms. Tiwari.

A similar auction of some other properties of the Dawood took place in November last year when the government re-auctioned those properties that could not be successfully auctioned in 2015, like his Pakmodia Street residence. Other properties that were put up for auction included a two-storey building, Shabnam Guest House at Yakub Street in Bhendi Bazar, Hotel Raunak Afroz and Dawood’s childhood residence at Damarwala building, both of which are located on Pakmodia Street.

The three other properties, which figure in the advertisement, include a flat in Pearl Harbour CHS at Mazgaon, a 600 square metre plot at Paithan, Aurangabad and tenancy rights of a room at Dadriwala chawl on Maulana Shaukat Ali road. All six properties have a reserve price of Rs 26.36 lakh.