The project includes construction of promenades, a jogging track, playgrounds and food courts. 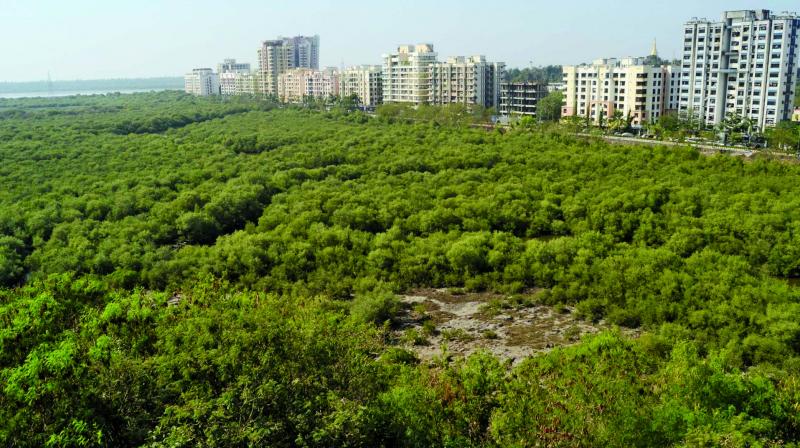 The petition states that the authorities have illegally carried out work on CRZ 1 areas without adhering to the regulations set out under the CRZ notification.

Mumbai: A petition has been moved against the reclamation of wetlands for a waterfront development project in Thane district. The project includes construction of promenades, a jogging track, playgrounds and  food courts.

Rohit Joshi, a local activist, has moved the Bombay high court along with NGO Vanashakti stating that the Thane Municipal Corporation (TMC) has been dumping debris in mangrove areas around Thane creek specifically Kopri, Mum-bra, Gaimukh and Saket.

The petition states that the authorities have illegally carried out work on CRZ 1 areas without adhering to the regulations set out under the CRZ notification. “The work has already started by dumping debris and laying concrete close to mangroves on intertidal land. In Saket, around 50 trucks are dumping debris on a regular basis. The land will be filled up to 15 metres, This may lead to severe flooding,” said Mr Joshi.

Meanwhile, a TMC official said the project is under the Centre’s ‘smart city mission’ and will be an open space according to the conditions mentioned in CRZ notification. “No enclosed structures will be built. The MCZMA has already approved of the project at various sites,” he said.