Accused to be arrested when he is fit: Cops

They also said that if Golccha complains about the mob attack, a case might be registered. 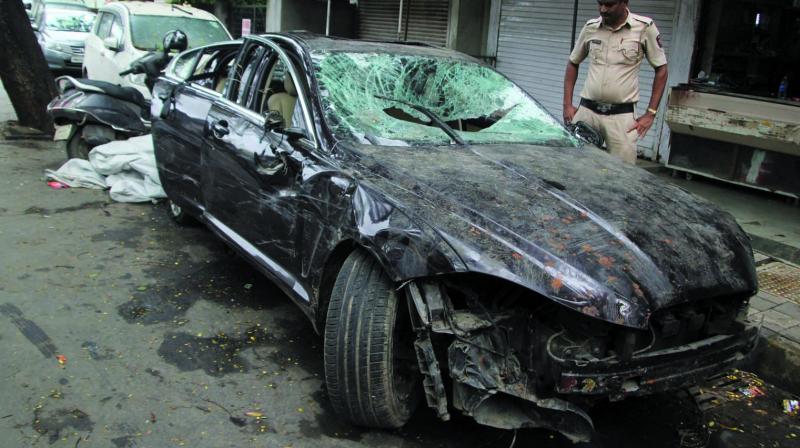 MUMBAI: The Amboli police will arrest the accused driver of the Jaguar car— Hitesh Golccha (26) — the moment he is declared fit by doctors at Cooper Hospital. Golccha is still recuperating from the injuries sustained during the mob attack on him Monday evening after his car rammed 10 vehicles, causing minor injuries to four persons at Versova’s SVP Nagar.

The police is awaiting the medical report to establish the amount of alcohol in Golccha’s blood at the time of the accident and has seized his Jaguar, said sources. They also said that if Golccha complains about the mob attack, a case might be registered.

Following the accident Monday evening, a mob attacked Golccha and beat him up. He sustained injuries to his back, foot and head. The police then rushed him to civic-run Cooper Hospital, where he is being treated for his injuries. After the accused and the injured were admitted to the hospital, the Amboli police took over the case as the location of the accident comes under its jurisdiction.

Bharat Gaikwad, senior police inspector of Amboli police station said, “The car was driven by Golccha and he was alone in the car. We are yet to confirm the amount of alcohol content found in his body, which will be ascertained after getting the medical reports. Since he is recuperating, we have not made any arrests, and looking at his condition, have not questioned him either. We are waiting for his condition to stabilise to conduct the probe.”