Since the footage is blurred, the police are struggling to get the number of the cab. 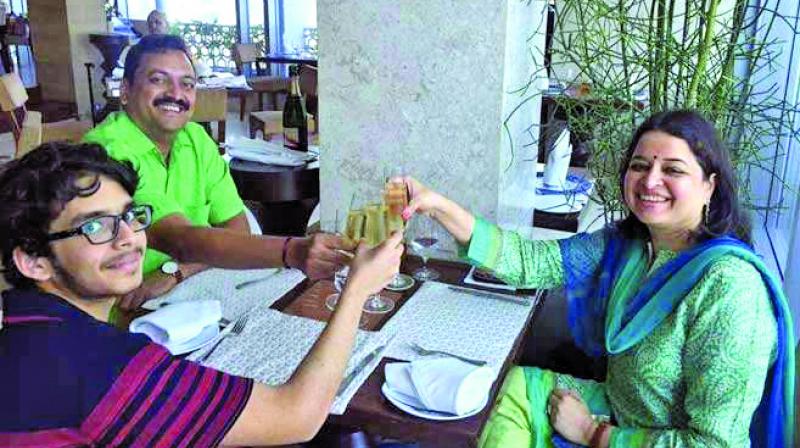 Manmat’s parents are in shock due to his death.

Mumbai: Manmat Mhaiskar, the 18-year-old son of two IAS officers, who allegedly committed suicide on July 18 by jumping off the 20th floor terrace of Dariya Mahal in south Mumbai last Tuesday had arrived at the building in a cab as seen in the footage of CCTV units installed near the building. The police are looking for its driver to get clues on the trigger behind his extreme step. Since the footage is blurred, the police are struggling to get the number of the cab.

According to an anonymous official of Malabar Hills police station, two of Manmat's friends, who were with him a day before the alleged suicide were called in for questioning along with their parents. The police have also sought the CCTV footage of the unit that was installed in the building, which clearly showed that Manmat had hired a cab to his friend's building, which was at a 10-minute  distance from his residence at Blue Heaven in Marine Lines. The police are trying to locate the cab by tracing the taxi's registration number in a bid to know more about Manmat's mood and behavioural status right before he committed suicide.

Dnyaneshwar Chavan, Deputy Commissioner of Police, Zone 2, said, "Prima facie it looks like a suicide, but we are still probing the case with all angles. We are questioning his friends in Mumbai and are trying to trace the taxi driver who dropped him near the building."

A week after the incident, the Malabar Hill police are yet to record the statements of Manmath's parents, Milind and Manisha Mhaiskar, who are both IAS officers of higher ranks, as both the parents are still under shock.