State informed the court that it had set guidelines to be followed by the organisers of processions and had also held meetings with them. 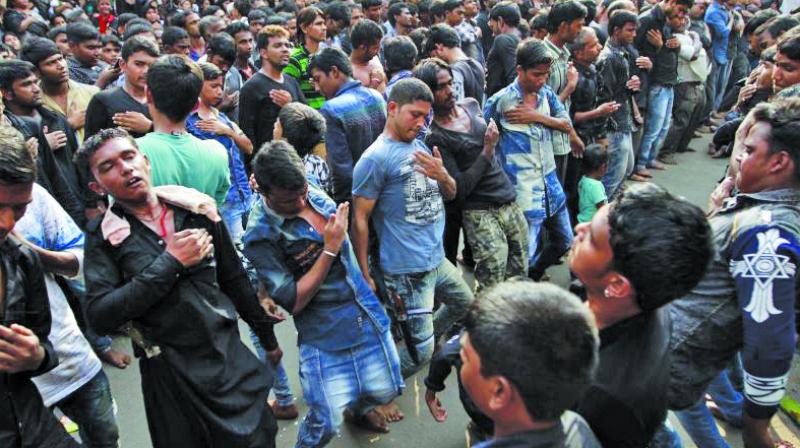 Mumbai: The Bombay high court has permitted children to participate in Muharram processions with a rider that they should neither be forced to carry out ‘matam’ (ritual self-flagellation) nor be allowed to carry ‘zanjeer’ (a chain) or ‘kama’ (knife). While hearing a petition seeking restrictions on the participation of children in Muharram processions, the HC said it cannot interfere in matters pertaining to faith and disposed of the plea. Muharram will be observed in September.

A division bench of Justice R.M. Savant and S.S. Jadhav was hearing a suo moto PIL wherein the court had asked the state what safety measures it had taken to ensure that small children are not forced to flagellate themselves while participating in Muharram processions. The state informed the court that it had set guidelines to be followed by the organisers of processions and had also held meetings with them.

The public prosecutor informed the court that the police had held joint meetings with Edara-e-Tahaffuz-e-Hussainiyat, the organiser of the largest procession in the city, and had been assured that children were not forced to cut or injure themselves with blades. The counsel also informed the court that the police would oversee processions and ensure that the children were not put in harm’s way.

The state also placed a report by Pravin Padval, additional commissioner of police (south region) that stated, “Minors taking part in the Muharram procession shall not be forced to injure themselves. Minors will not be allowed to inflict injuries on themselves and no one else would be permitted to injure the minors. The procession will be video-graphed.”

The advocate for the Shia community, Jafar Nadeem, assured the court that the children were neither forced to flagellate nor any coercive tactics were used on them and the procession organisers were bound by the conditions imposed by the police.

After hearing the submissions, the court said, “We care about religions and their practices, but we also want compliance of the conditions imposed. A fine balance has to be drawn on the practices and safety of children.”

It also said that while children can participate in processions, they should not be allowed to carry the sharp instruments used for self-flagellation. The court also directed Mr Padval to supervise the procession in September and ensure that the guidelines issued by the police were complied with.

Hailing the high court directions as apt, Feroze Mithiborwala, national co-convenor, Indian Muslims for Secular Democracy, said it would ensure that children do not get involved in forced bloodletting. “The Shia community should look at it from a larger perspective and adopt flagellation methods practiced in other Islamic countries,” he said.