Both the houses will now discuss the congratulatory resolution on NCP supremo Mr Pawar on July 5 and on late Mrs Gandhi on July 9. 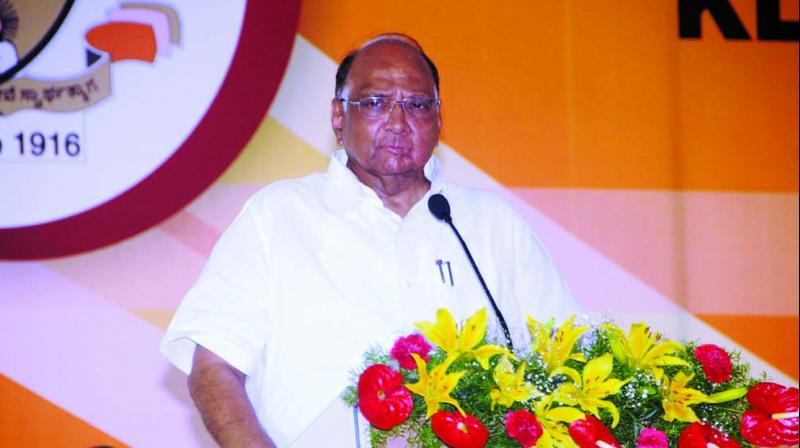 Mumbai: A patchup between the Congress and the Nationalist Congress Party (NCP) was witnessed on Monday over resolutions on former PM Indira Gandhi’s birth centenary and Sharad Pawar’s 50 years in public life, a day after the NCP had boycotted a crucial pre-session strategy session of the Opposition parties. Both the houses will now discuss the congratulatory resolution on NCP supremo Mr Pawar on July 5 and on late Mrs Gandhi on July 9.

On Sunday, the face-off between the two parties turned out in a letter from Congress party’s group leader in council Sharad Ranpise, where he urged council chairman Ramraje Naik-Nimbalkar to give preference to a resolution discussing former Prime Minister late Indira Gandhi’s contribution over the one celebrating 50-years of parliamentary career of NCP chief Sharad Pawar. The NCP has alleged that the Congress did not even consider it before shooting off the letter, at a time when the Opposition is supposed to work in unity. A day after, both parties held a meeting to sort out differences and it was decided to hold discussions on two separate days to avoid clash.

“On August 5, discussions on contribution to parliamentary democracy by Sharad Pawar and Ganpatrao Deshmukh will be held. Discussion on Indira Gandhi’s contribution will be held on August 9,” said former chief minister Prithviraj Chavan.

The ego clashes between Congress and the NCP on Sunday led to the embarrassment of the opposition with even CM Devendra Fadnavis taunting both the parties to first sort of out differences between themselves. Following the truce between two parties, it was decided that the state government will be cornered over the ambiguous nature of loan waiver announced by the state. On Tuesday, both parties will try to corner state government on loan waiver issue calling it ‘cheating of farmers.’