The Mantralaya premises does have parking space but the vehicular traffic increases manifold during special meetings and Assembly sessions. 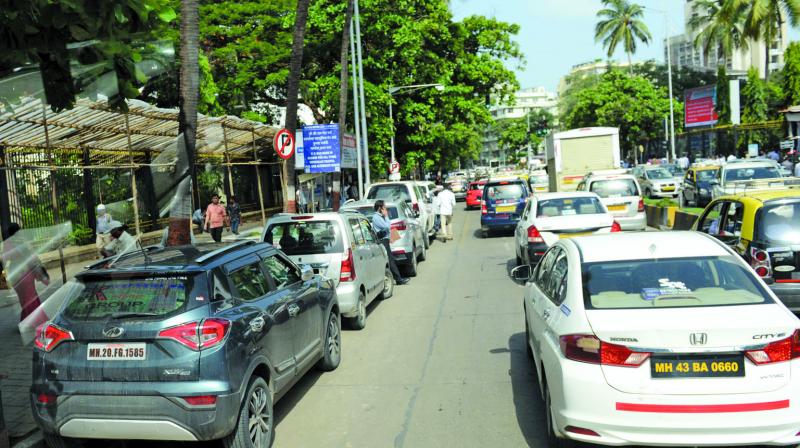 Rest is other parts of eastern and western suburbs.

Mumbai: In a bid to better manage the city’s vehicular traffic, the Brihanmumbai Municipal Corporation (BMC) has introduced a new rule for unauthorised parking. Starting from July 7, the civic body will be imposing a penalty ranging from Rs 1,000 to Rs 10,000 on those who park their vehicles in no-parking zones.

While the BMC has been encouraging motorists to use municipal parking lots, the scenario seems to be just the opposite near Mantralaya.

The state government’s administrative headquarter has been experiencing rampant unauthorised parking in its vicinity, especially during the ongoing Assembly session.

Since the start of the Monsoon session, the roads outside Mantralaya have been clogged with vehicles. Most of these vehicles belong to government officials or politicians.

Even as Traffic police continues to be deployed in large numbers in the vicinity, cars belonging to government officials and politicians have not been moved from no-parking areas. Moreover, vehicles have also been parked at BEST bus stops.

Senior government officers and their drivers accept that the unavailability of parking space near Mantralaya has forced them to park their vehicles in no-parking zones, including near bus stops.

“The Mantralaya premises does have parking space but the vehicular traffic increases manifold during special meetings and Assembly sessions. This means that the available parking spaces get quickly filled. Hence, there is no other option but to park vehicles outside the buildings,” said former Maharashtra Tourism Development Corporation (MTDC) Joint Managing Director, Ashutosh Rathod.

“The MTDC office is located close to the Mantralaya. However, there is no public parking lot or a ground available in the area. Thus, we are also forced to park our official vehicles on the road,” Rathod added.

Mr Rathod opined that the BMC must come up with an acceptable and reasonable solution to the parking problem before planning to impose the new fine on unauthorised parking.

A driver of a senior bureaucrat said, “The parking area in the Mantralaya premises is only available to those officers, who have their offices in the building. Since our office is located in Palghar, we are not allowed to park in the premises. However, we are allowed to park along side the road,” he said.

Speaking on the issue, the additional municipal commissioner said, “The revised penalty will likely deter people from unauthorised parking. In stage one, we will implement the fine on cars parked within one kilometre of radius of the Public Parking Lots (PPLs). This will be further imposed on cars parked on roads”.

Although the BMC has been encouraging people to avoid parking on roads and instead utilise PPLs, the civic body also accepts that A ward does not have any multi-storey PPLs. The civic body has 26 PPLs that could hold over 1000 vehicles.

The traffic police has reiterated that A ward of the BMC, which includes areas like Churchgate and Colaba, has sufficient on-road parking and all cars can be parked there.

Deputy commissioner of police (traffic), Shahji Umap, informed that there were four on-road public parking lots near Mantralaya which could accommodate 700 four-wheelers.

However, if vehicles were still parked on the roads, action would be taken against them, he added.

Mr Umap said that the four parking areas were located next to World Trade Centre gate 7 (150 cars), near Radio Club (50 cars), INOX (350 cars) and near Garden gate (150 cars). Drivers of private cars and taximen however claimed that these parking lots got filled up very soon and they were left with no option but to park their vehicles in nearby locations which were no-parking zones.

Rajnath Yadav, a taxi driver, said, “During Assembly session, both lanes opposite Mantralaya have cars parked even near bus stops which is not allowed. Otherwise, no car is allowed to park but these days, the police will not take action against top bureaucrats and politicians. We have no option but to bear with the traffic till the monsoon session ends.” 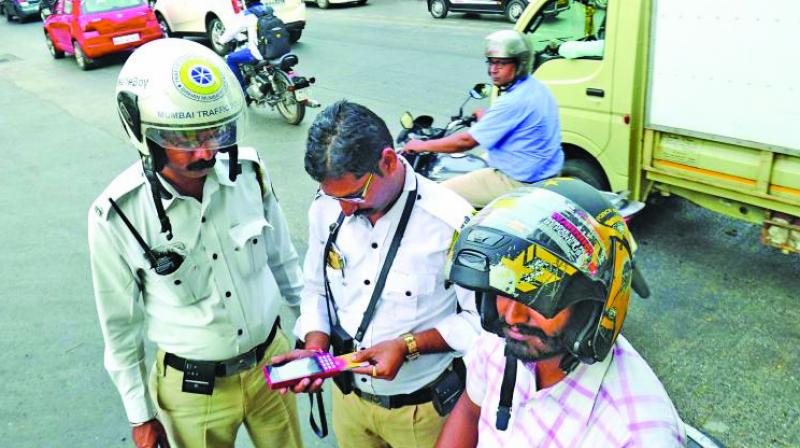 Traffic policeman Rahul Salunkhe said, “The road is a no-parking zone. But we have been told to remove the cars only if they are causing traffic jam. The rules have been relaxed too,” he said.