Residents accommodated into divided flats by the landlord are termed ineligible. 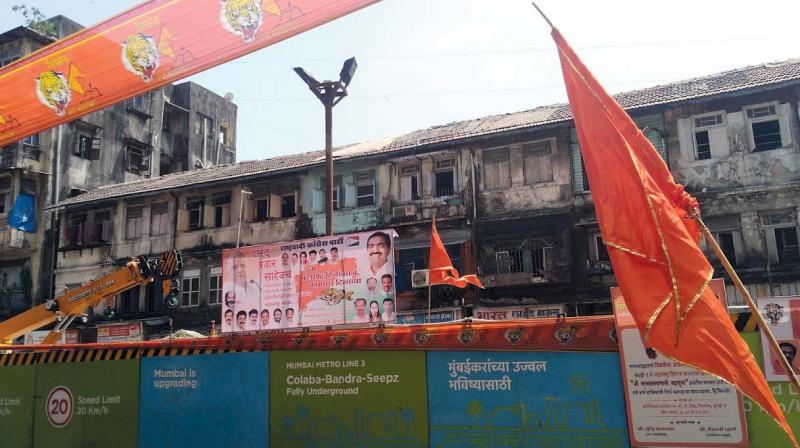 Mumbai: The Maharashtra Housing and Area Development Authority (Mhada) has given no-objection certificates (NOCs) for vacating 10 out of the 14 buildings in Kalbadevi that would be affected due to the tunnelling process of the Metro-3 (Colaba-Bandra-SEEPZ line).

Mhada certifies tenancy to residents who are staying at the place before June 13 1996; those who do not fall under this criteria have been asked to shift to Slum Rehabilitation Authority (SRA) buildings, as project-affected people (PAP). Residents accommodated into divided flats by the landlord are termed ineligible. Thus, such residents will be exempted from having a 400 sq. ft new flat which is provided under rehabilitation. “There are 25-30 cases wherein the landlord has divided one house into two and sold it to two different families. The Mhada authorities while count the eligible residents.” said Pandurang Sakpal, a local Shiv Sena leader from Chira Bazaar area of Girgaon. A Mhada  senior official said, “We have given NOCs to 10 buildings and the eligibility has been decided as per our rules. Those who are living in the illegal constructions will be exempted.”

Dina Kataria, a resident of Chira Bazaar, said, “We bought the flat from a landlord in 2010, but during the Mhada survey we were told that our house was marked as an open space in the blue print available with the civic body. Hence, they termed us as ineligible and want us to shift in SRA buildings.”

“The Mhada survey is not considering the mezzanine floor, thus we are getting around 80 sq ft less space in the rehabilitated space,” said Shreekanth Kulkarni, who owns an optics shop in Surya Mahal building in Girgaon.