Maharashtra to write off farm loans worth Rs 34,000 crore

A major farmers’ stir started in Madhya Pradesh that soon spread to other states, including Maharashtra, Rajasthan and Haryana. 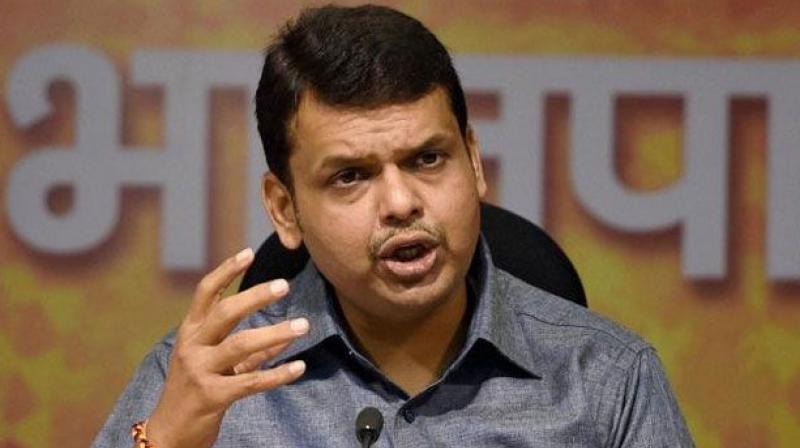 Mumbai: The Maharashtra Cabinet on Saturday approved farm loan waiver of Rs 34,022 crore, which is expected to completely wipe out the debt of about 36 lakh farmers while providing partial relief to 33 lakh others in the state.

About 35 lakh farmers, who have repaid their loans on time, will either receive a subsidy or 25 per cent of their loan, amounting to not more than Rs 1.5 lakh, will be waived off. In all, about 89 lakh farmers will benefit from the loan waiver.

“This is a historic decision. No other state has taken such huge decision in favour of farmers. This decision endorses our commitment to the welfare of farmers,” chief minister Devendra Fadnavis, flanked by his entire Cabinet, said while making the announcement. The state government has tried to strike an emotional cord by naming the scheme “Chhatrapati Shivaji Maharaj Krushi Sanman Yojana.” 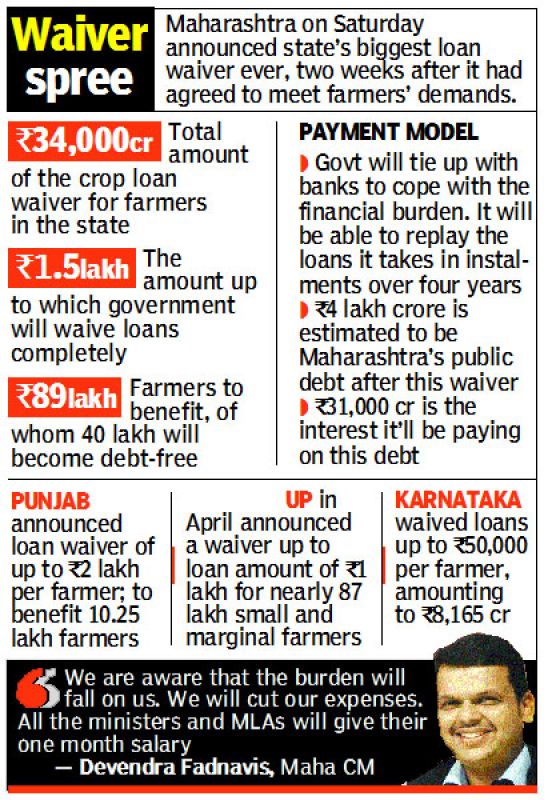 Earlier this month, Mr Fadnavis had agreed to write off loans if farmers ended their 11-day strike that had led to a sharp spike in the prices of vegetables and produce across the state.

Uttar Pradesh, Punjab and Karnataka governments have also waived off farmer loans this year after a country-wide agrarian crisis, stemming from low prices for produce, led to farmers’ suicides and massive protests across the country.

A major farmers’ stir started in Madhya Pradesh that soon spread to other states, including Maharashtra, Rajasthan and Haryana.

With the waiver, Maharashtra’s public debt is set to cross Rs 4 lakh crore by March next year and the government will be spending more than Rs 31,000 crore just to pay interest on its debt.

“We are aware that the burden will fall on us. We will cut our expenses. All the ministers and MLAs will give their one month salary to support the farm loan waiver,” the chief minister said.

When asked how he would ensure that relief reached the intended farmers, Mr Fadnavis said, “We have taken precaution already. We will instruct banks to strictly follow the rules. CAG had exposed corruption in last waiver. But that will not happen this time.”

On June 11, Mr Fadnavis had formed a high-power ministerial group, headed by eevenue minister Chandrakant Patil, to finalise the parameters of the waiver. Mr Patil met political leaders of all parties and representatives of farmers. On Friday, Mr Fadnavis also met NCP chief Sharad Pawar in Delhi to discuss details of the loan waiver.

It’s after these deliberations that the government finalised the loan waiver package at an urgent Cabinet meeting in Mumbai on Saturday.