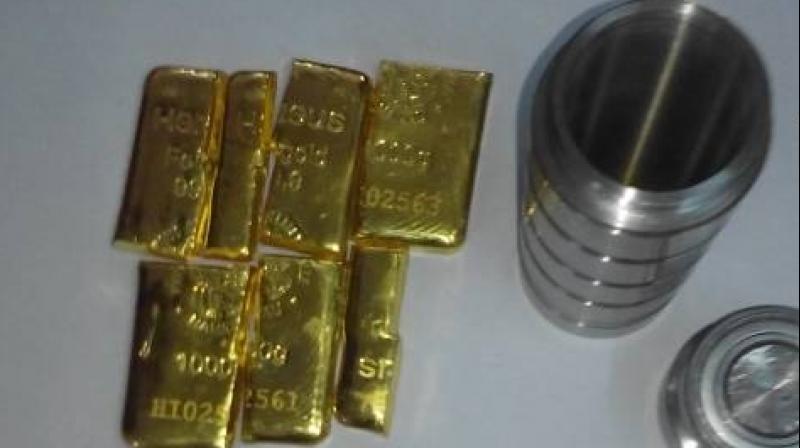 Mumbai: Gold worth Rs 1.7 crore was seized from a cargo consignment at the Air Cargo Complex in the wee hours of Saturday. It was being transported from Hong Kong via Colombo, in the guise of being ‘Machine Parts and Crankshaft’.

The consignment came to Mumbai on a Sri Lankan flight, UL141 that landed at the Mumbai International Airport at around 2 am and was intercepted by the directorate of revenue intelligence (DRI) on the basis of a tip-off.

The modus operandi followed by the smugglers included some employees with access to the security area to identify and remove the gold from the cargo in the Air Cargo Complex. They would then hand it over to the receiver for some monetary gain.

According to the sources, Sri Bala Murugan Pillai, a real estate agent who was arrested outside the Cargo Complex awaiting the gold, admitted to have cleared such consignments previously on more than 40 similar instances. He is currently under judicial custody.

Officials have said that the flight chosen for smuggling the gold is one of the safest and least suspected flights. A senior DRI official on the condition of anonymity said that through the investigation, they expect to find out about a bigger racket operating behind such crimes that involve smuggling of gold. They also expect that Cargo Complex insiders are involved in the racket.

A DRI official said, “We are surprised how the consignment was opened at the airport. It appears that the Mumbai International Airport Pvt Ltd (MIAL) has no proper arrangement for security checks. Being a custodian, it is responsible for the safety and security of the consignments.”