Maharashtra government levies 25 per cent VAT on petrol and 21 per cent on diesel in Mumbai. 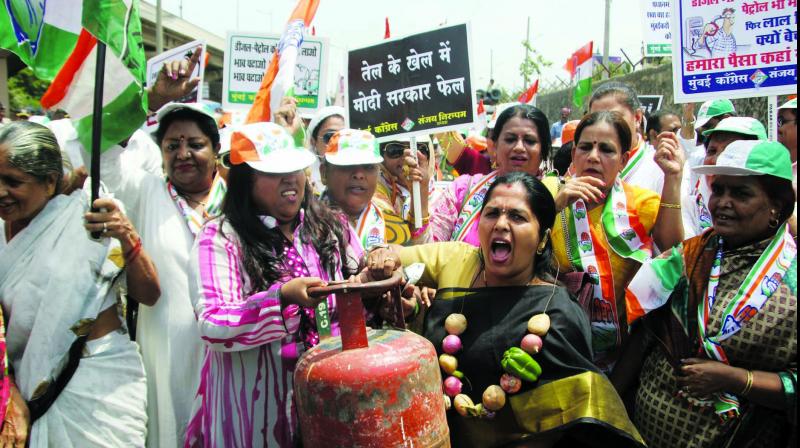 Mumbai: Amid protests by opposition parties in Mumbai and Thane, pressure is mounting on the state government to reduce taxes on fuel to give relief to the common man.

However, the state government will have to bear a Rs 600 crore burden if it seeks to reduce the price of petrol and diesel by Rs 1 per litre.

Taxes on fuel are among the highest in Maharashtra, which is why fuel in the state is the costliest in the country.

The state government levies 25 per cent VAT on petrol and 21 per cent on diesel in Mumbai and 1 per cent more in the rest of Maharashtra, giving it revenue of more than Rs 19,000 per annum.

Once again, fuel prices are rising rapidly, causing the common man to suffer. So, opposition parties are slamming the BJP, demanding that taxes on fuel be slashed.

Former chief minister Prithiviraj Chavan demanded, “BJP was always slamming the Congress government on the fuel price rise issue. It should now bring down the rates of petrol and diesel at least to the 2014 mark which was there during the Congress regime. At that time, international market rates were more as compared to today’s rates. Still, domestic rates are very high due to taxation by the Union and state government.”

NCP spokesperson Nawab Malik, while slamming the BJP government, said, “The government is looting the people through taxation by the Union and state governments. The Union government applied GST. Now, it should bring fuel prices under GST.”