WEH connects the international as well as domestic airport and sees more traffic as compared to the Eastern Express Highway. 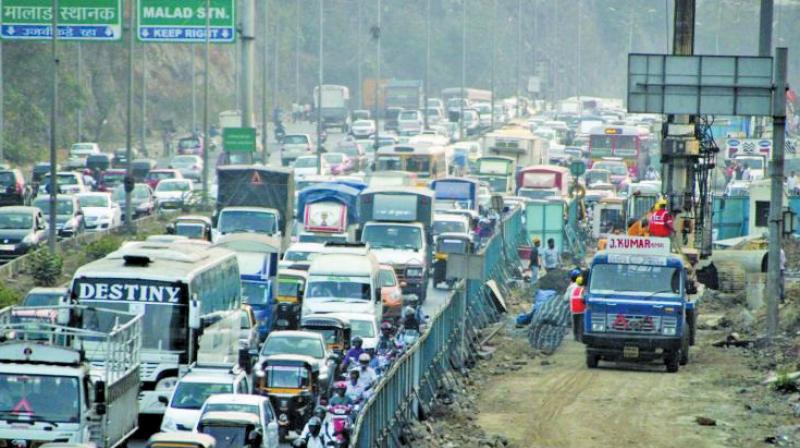 MMRDA plans to resurface all road stretches on the WEH and EEH after the monsoons.

Mumbai: Motorists can now expect more traffic jams and bottlenecks on the Western Express Highway (WEH) and the Eastern Express Highway (EEH) with the Mumbai Metropolitan Region Development Authority (MMRDA) planning to resurface all the stretches on both the crucial highways using mastic asphalt post monsoon.

The MMRDA plans to start work post monsoons, which might affect vehicular movement on the WEH as already motorists are experiencing traffic jams due to ongoing Metro works between Andheri and Dahisar for Andheri east- Dahisar east Metro-7 corridor.

Also, MMRDA is soon going to begin its civil work for construction of Wadala-Thane Metro-4 corridor and it will pass via EEH. Both the highways were recently transferred to MMRDA for five years by public works department (PWD) for maintenance.

Pravin Darade, additional metropolitan commissioner, MMRDA, said, “We are going to start work of resurfacing both the highways after the monsoons as these highways will be us for the next five years. We are also going to start civil works for Metro project on both these highways and it is essential to have smooth surface for traffic movement.”

Mr Darade, added, “Our team will fill up the patches and potholes before monsoons and start actual work of resurfacing only starts post monsoons. However, we are not aware of the cost involved for resurfacing and we will come to know that only after estimations are carried out.”

Both these highways are also infamous for traffic jams and cases of accidents during monsoons due to potholes. Similarly, the PWD had last year planned to resurface the WEH, however, it was transferred to MMRDA earlier this month.

WEH connects the international as well as domestic airport and sees more traffic as compared to the Eastern Express Highway. It starts from Dahisar and goes right up to Mahim creek. Meanwhile, EEH starts at Sion and ends at Mulund.