Upon interrogation, Dalal accepted his role as the person who would retrieve the gold from the dustbin and carry it outside the airport. 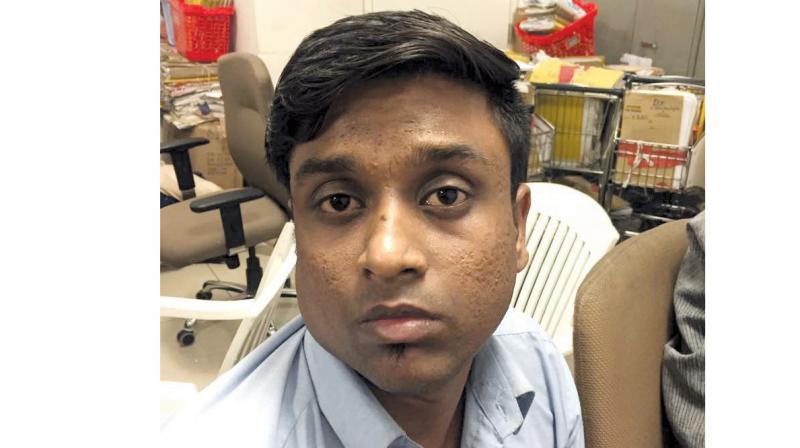 Mumbai: A week after the AIU (Air Intelligence Unit) found unclaimed gold bars and jewellery lying in the dustbin of a washroom in the arrivals area, Sumit Dalal, 27, an observer in a ground handling agency was arrested after he sent his junior staff to collect the suspiciously dumped gold.

Upon interrogation, Dalal accepted his role as the person who would retrieve the gold from the dustbin and carry it outside the airport.

The incident occurred on Sunday when on the basis of suspicious travel details, passenger Md. Ashraf Melparamba Amu, 29, a resident of Udma village, Kasargod district, Kerala, who arrived from Dubai by Emirates flight EK, was followed from the airport bay area. He dropped two packets containing eight gold bars of 10 tola each in a dustbin in the washroom near the international transit area.

After observing the passenger dropping the packet, AIU officers searched the washroom and found 16 gold bars of 10 tola each, totally weighing 1.865 kg and valued at Rs 56,00,000 in a steel dustbin. Thereafter, officers spread across the area and mounted surveillance. One Aakash Magar, 25, working as a cleaner in Sila Solutions Pvt. Ltd. was seen loitering around suspiciously. He tried to rush out when he sensed that AIU officers were keeping watch but was caught and interrogated. During interrogation, he revealed that his senior, Dalal, a resident of Vikhroli west, was the main person to clear packets out of the terminal.

Pradnaysheel Jumle, deputy commissioner, AIU, “This is the same modus operandi as the one that was seen last week when gold was retrieved from the washroom near the conveyor belt of the arrivals area. Though in that case, no arrests were made but in this case, all three persons were arrested.”