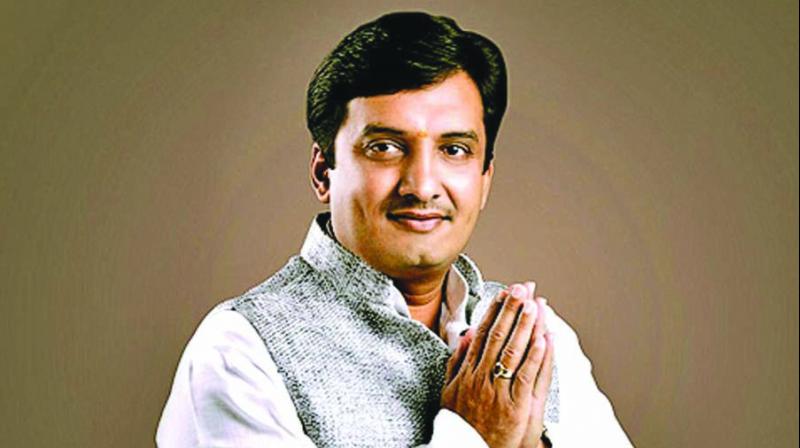 Kolhapur: The Kolhapur constituency will witness yet another close fight between the Nationalist Congress Party’s (NCP) sitting MP Dhananjay Mahadik and Shiv Sena’s Sanjay Mandlik, though the former has a slight edge on the basis of his works in last five years.

This is the second time that Mr Mahadik and Mr Mandlik will face off in Kolhapur. In 2014, Mr Mahadik had won with a small margin of 33,000 votes despite the ‘Modi wave’. In 2019, Mr Mahadik’s chances seem to have improved.

“However, you cannot predict results in Kolhapur politics so easily. No one can take a win here for granted,” said Sachin Shinde, who works as a driver. “The fact that Mr Mahadik won from here despite the Modi wave last time proves it. As an MP, he has done a lot of work for the constituency in five years. But politics here is very complex in nature with several internal contradictions. It might affect him,” he added.

Though on a stronger wicket, Mr Mahadik faces a strong challenge both within the party and alliance partner Congress. Several NCP leaders from the district had opposed his denomination. In addition to this, Mr Mahadik faces a major threat from his rival Congress’ Satej Patil, who has campaigning constantly against him.

The fact that the feud between these leaders shows no sign of closure forced even the top NCP leaders take notice and issue a veiled warning to Mr Patil ahead of the polls. “Mr Patil holds a bright future in politics. He might face difficulties in the future if he does not work for the NCP candidate,” warned NCP state chief Jayant Patil in Kolhapur on Sunday.

“It is very tough to predict the results this time. Though Mr Mahadik is easily accessible, Mr Mandlik poses a strong challenge,” said Vitthal Nangare, who owns a Kolhapuri chappal shop.

However, Shiv Sena is sceptical towards the bonhomie between the Mahadik family and BJP guardian minister Chandrakant Patil, who is also a revenue minister.