Bohri leader to be decided by Court

My community members understand what we stand for — our morals, ethics and principles. 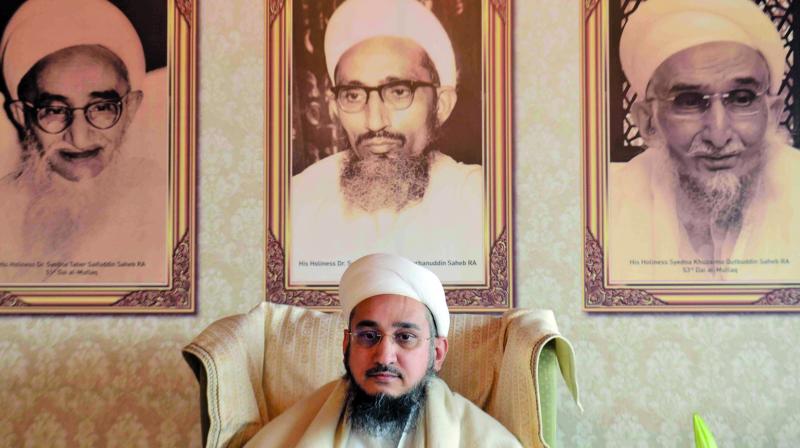 Embroiled in the legal battle with his cousin brother over the title of Syedna, Taher Fakhruddin Saheb ruled out the any possibility of a reconciliation happening.

Mumbai: Taher Fakhruddin Saheb, who is embroiled in a legal battle with his cousin brother Shehzada Mufaddal Saifuddin over the title of Dai al-Mutlaq or Syedna of the Dawoodi Bohra community, on Friday for the first time addressed a press meet ruling out any possibility of reconciliation. He said that the court would now decide on the issue of succession.

Readers may recall that though the legal battle over title of 53rd Syedna of the Bohra community is underway, Taher has claimed that he already owns the post of 54th Syedna as his father had anointed him the successor.

Mr. Taher’s father, Khuzaima Qutbuddin, had filed a suit challenging his half—nephew and son of the 52nd Syedna Burhanuddin Shehzada’s appointment as the 53rd Syedna. Khuzaima claimed that as per the 52nd Syedna’s decision, the title of the 53rd Syedna and spiritual and moral leader of the community should go to him.

However, with Khuzaima’s demise in March 2016, his eldest son, Mr. Taher announced that he would continue the legal battle initiated by his father and the high court recently allowed him to become a plaintiff in the case.

When asked whether the community was divided over the succession issue, Mr. Taher said, “The community is divided that is why I am hoping that the hearing of the suit will be expedited.

My community members understand what we stand for — our morals, ethics and principles. I trust them to make an informed decision with regard to their faith and leadership.”

“I am renewing the call for a debate with Shezada. This is an important aspect of our culture, but if he chooses not to respond, I am confident that our judiciary will give true justice,” he added.

When asked about the possibility of reconciliation, he said it was a choice between right and wrong and hence, there was no chance of the same happening.