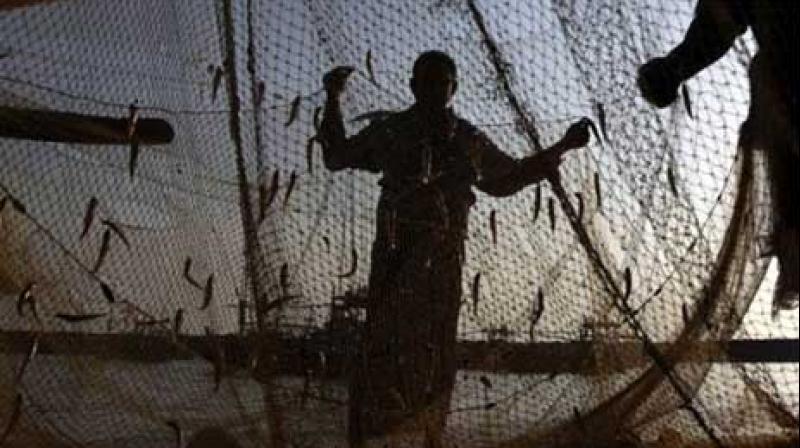 The fishermen’s group demanded that each fisherman be compensated at least Rs 25,000 and around Rs 1 lakh for losses incurred in boats. (Photo: PTI/File)

Mumbai: Ahead of the Maharashtra budget, the fishing community has reminded the state government of its promise to compensate fishermen for the losses incurred last year due to back-to-back cyclones.

They also said that the budget should stress on reviving the blue economy in the state.

Following its formation in November 2019, the Maha Vikas Aghadi (MVA) government said that the ruling party would look into the plight of fishermen in the state.

“The fish catch was drastically reduced due to the absence of fishing for three more months till November post the monsoon last year. Our delegation met Jitendra Ahwad and Ajit Pawar to apprise them of our problems and we were promised action on the losses incurred. We expect that the budget will provide compensatory allocation for fishermen in case of natural disasters,” said Damodar Tandel, president of the Akhil Maharashtra Macchimar Kruti Samiti.

The fishermen’s group demanded that each fisherman be compensated at least Rs 25,000 and around Rs 1 lakh for losses incurred in boats.

The fishermen also demanded that the subsidiary amount for diesel which was promised and has been pending for an average three months be provided.

Ganesh Nakhawa, president of Purse Seine Net Fishermen Welfare Association, said, “The state government should clear the diesel subsidiary pending since three months or more in some cases. We have been giving the money to oil companies like Bharat Petroleum and Hindustan Petroleum, from whom we take diesel for boat operations. They take money from us in advance, based on which subsidy is provided to us.”

According to the group, approximately Rs 240 crore is expected in subsidy across Maharashtra. The state government had earlier provided Rs 30 crore in this connection.

The group further stated that there should be an elaborate study on the impact of climate change on the marine environment and fisheries.

“In case of crop failure, there are provisions laid down for compensation per hectare in matters like damage to cotton, grapes etc. Similar resolutions should be passed in case of bad fishing days and marine drought,” Mr Nakhawa added.