Their understanding could impact BJP’s prospects in state. 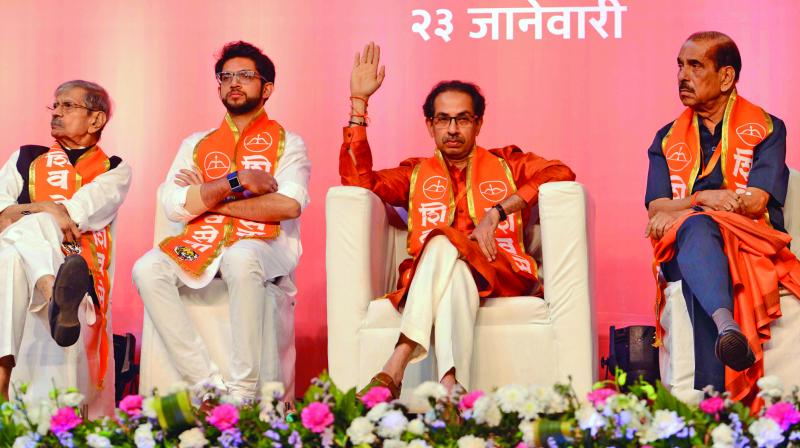 If the Shiv Sena and the Congress come together, they will both benefit in the 2019 elections.

Mumbai: The Shiv Sena and Congress are likely to come to a tacit understanding on how to fight the Bharatiya Janata Party (BJP). This move may affect the ruling party’s prospects, especially in Mumbai, Thane, western Maharashtra and the Konkan region, said sources.

Initial talks between anti-BJP forces have already been initiated. “We are going solo in the elections and will try to win by forming strategy as per requirement,” said Shiv Sena and Congress leaders.

The Shiv Sena has declared that it will contest the Lok Sabha and the Assembly elections in 2019 on its own. The triangular fight is likely to benefit the Congress.

The strategy was earlier adopted in the Brihanmumbai Municipal Corporation elections.

In the 2014 general elections, the BJP had bagged 23 seats, while the Shiv Sena got 18 seats. Mumbai, Thane, the Konkan region and some parts of western and north Maharashtra are considered as Shiv Sena’s strongholds.

Hence, a triangular fight will adversely affect the BJP. If the Congress and the Sena come to an understanding in some constituencies, then both the parties benefit from it, said sources.

During the BMC elections campaigning, the BJP Mumbai chief Ashish Shelar had levelled allegations that in some constituencies Congress and Shiv Sena had put up suitable candidates and reduced it to a friendly fight.

In Mumbai, BJP MP Poonam Mahajan, Kirit Somaiya and Gopal Shetty may have to face a tough fight. The BJP and Sena had won all six seats in Mumbai. However, it will be difficult for both parties to repeat the performance in 2019.

The Congress may win one or two seats if they field strong candidates like Priya Dutt, Gurudas Kamat, Sanjay Nirupam and Milind Deora.

Afterthe  Gujarat election results and Rahul Gandhi’s elevation, the Congress has emerged strong in many states. If anti-BJP forces come together, it will be beneficial for both the Congress as well as the Sena.