Police to keep an eye out for Padmaavat viewers. 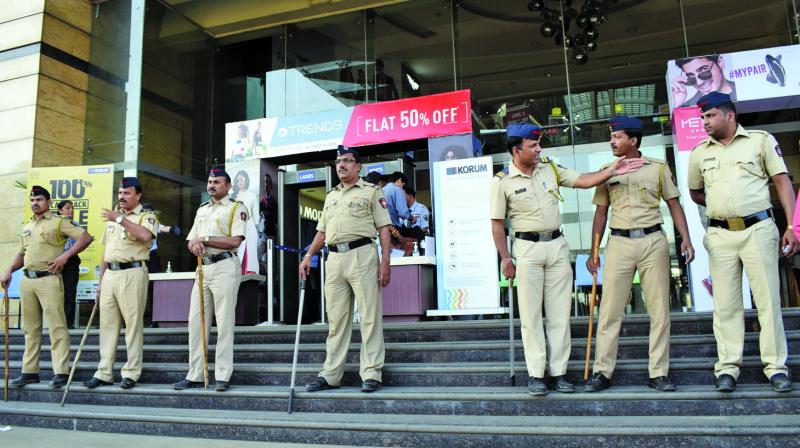 Mumbai: A day before the release of the controversial Bollywood movie Padmaavat, the Mumbai police has detained over 100 alleged Karni Sena members and supporters as part of the preventive action. The police said the action is precautionary to avoid ruckus on the day of release. According to officials, those indulging in hooliganism and rioting will face criminal action, including arrest for disrupting the screening.  Karni Sena has demanded a ban on the movie on the grounds that it distorts historical facts.

The police begun its crackdown on Wednesday, anticipating law and order situation during the screening of the movie and hence the officials had started gathering details of the groups that owed allegiance to Karni Sena.

“The process of gathering names and details of the community groups that would support the ban and join the protests was started a few days ago. This helped in laying the ground work and jotting a list of those who needed to be detained,” said a police officer. Among the detained, most are from western and central suburbs along with eastern suburbs. The lowest number of detentions were from south Mumbai.

“Special focus will be on the western and northern suburbs. Additional arrangements will be made as per the situation unfolds on Thursday,” said a police officer. The police personnel would be deployed at all single-screen theatres and multiplexes, where the movie will be released. Also, reserve forces will be deployed at sensitive locations, which have residential pockets of likely Karni Sena supporters.

“The theatre owners have also been asked to have their staffers on vigilance while the screening in underway. In case the ill elements take a ticket and try to create ruckus by taking advantage of the dark, the theatre staff will bring it to the notice of the police deployed outside,” said Deepak Deoraj, deputy commissioner and Mum-bai police spokesperson.

The officials said that the detention is as per the provisions of the Criminal Procedure Code. The detainees will be produced before court on Thursday.

Minister of state for home, Ranjit Patil told to The Asian Age, “Those who want to protest against the film can do so peacefully, but no one should take the law in their hands.”