The TFD on January 21 gave a transit permit to elephant owners for them to shift the two animals from Kharghar to Mulund. 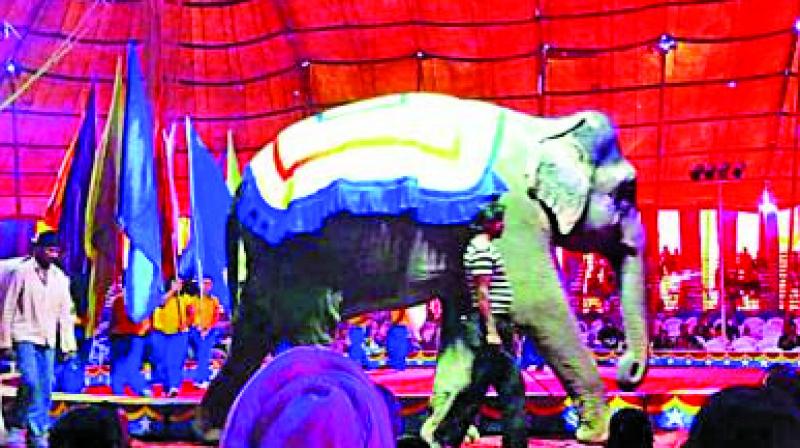 Picture for representational purpose only.

Mumbai: The Central Zoo Authority has cancelled license of two elephants from the Great Golden Circus that operates in Kharghar. The elephants are said to be in a healthy condition however their registrations have been cancelled owing to absence of necessary rules of mobile zoo. Mobile Zoo is the condition where the animal is made to perform in places other than its hometown (Gujarat for these elephants). However, ownership of the elephants will be cancelled from the Gujarat government after Ministry of Environment and Forests’ (MoEF) decision is announced on the appeal made by zoo authority.

The Thane Forest Department (TFD) on January 21 gave a transit permit to elephant owners for them to shift the two animals from Kharghar to Mulund. TFD is making sure that the elephants are not used or displayed till the MoEF’s order. Sunil Limaye, chief conservator of forest said that his team of officers will be visiting Mulund on Wednesday in order to check if the elephants are safely kept and are not being used for display. According to senior officials, the elephants are not to be displayed under the Wildlife Protection Act. “The elephants would be taken to a shelter home once the MoEF orders are issued against the owners. The huge animals may be taken to a place not in Mumbai,” said an official.