The animal was sick for the past few days and was not eating. 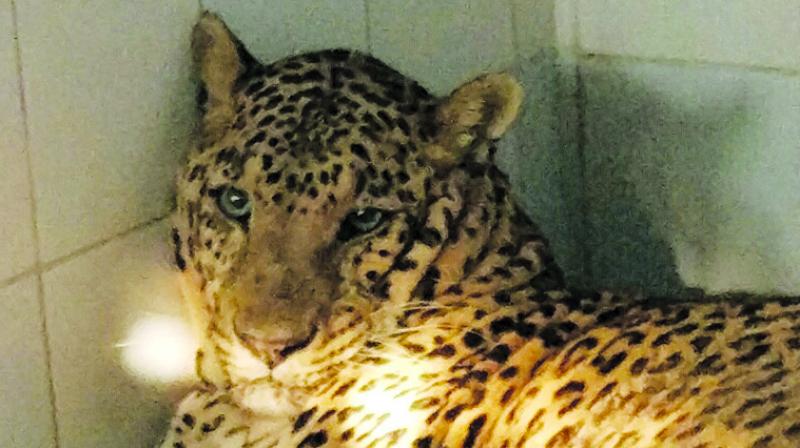 Mumbai: Sixteen-year-old Ahmednagar, the second oldest animal in captivity in Sanjay Gandhi National Park (SGNP) passed away on Friday. The animal was sick for the past few days and was not eating. SGNP officials attributed the death not just to the leopard’s sickness but also his age.

“SGNP regrets to inform you that a leopard ‘Ahmednagar’ has succumbed on Friday at 11 am due to old age. The 16-year-old male leopard Ahmednagar was caught in Ahmednagar in 2007. He was seven years old at the time of capture. Average life span is 12 to 14 years.  Pathologists from Bombay Veterinary College have been called to conduct postmortem. Results will be available later,” stated Dr Shailesh Pethe, veterinarian of SGNP.

Despite there being no man animal conflict in the area for three years, the Thane Forest department trapped a leopard in Aarey Milk colony at Mataipada on Friday evening. According to sources, the trap was laid following complaints from people of the leopard sighting. This made the department give permission for trapping the big cat.. The trapped leopard will be taken to SGNP.

The oldest leopard in captivity at SGNP is 18 years old. The park had a total of 16 leopards that were in captivity but will now have 15 of them. However, according to a study conducted by researcher Niket Surve, 35 leopards call the park and areas around it home. The study, conducted between December 2014 and April 2015 by a student of the Wildlife Institute of India in collaboration with the national park, pegged the area’s leopard density at 21.6 per 100 sq km.