In 2017, the Mumbai division of CR ran 1,660 services on its suburban networks; the number of services increased to 1,772 this year. 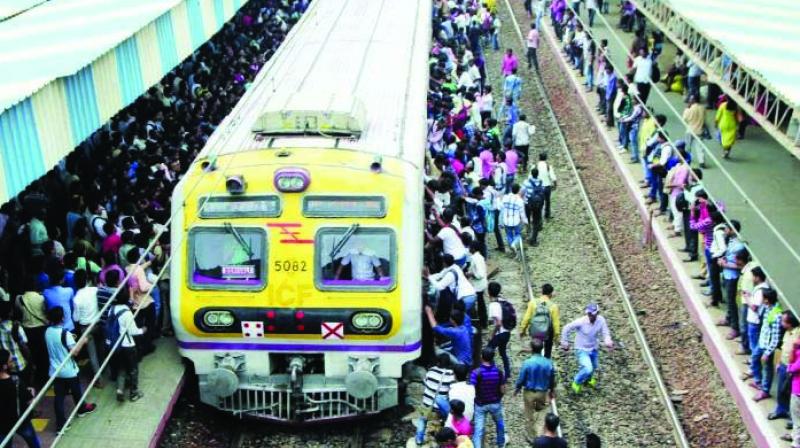 Mumbai: The Central Railway (CR) has seen an increase in passengers by 1.68 crore from April 1 to November 20, 2018, with 73,913 new passengers using CR services every day in the last eight months. Similarly, earnings have also increased by Rs 22 crore in the same period this year.

The reason behind the increasing number of passengers, according to officials, was the extension of CR suburban services from Andheri to Goregaon on harbour line. In addition to this, a fourth suburban corridor between Nerul/Belapur and Kharkopar had also played a crucial role in raising the number of passengers along the CR Mumbai division. A total of 40 services were being plied between Kharkopar and Nerul/Belapur stations.

In 2017, the Mumbai division of CR ran 1,660 services on its suburban networks; the number of services increased to 1,772 this year. The earnings from suburban services between April 1 and November 20, 2017, were Rs 700 crore while earnings in the corresponding period this year increased to Rs 722 crore.

According to the Indian Railway, the average earning from suburban services is six rupees per commuter if he is a bona fide commuter.