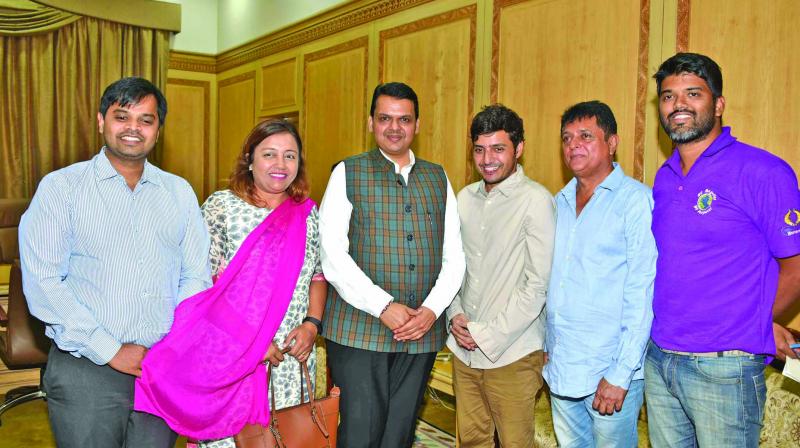 Mumbai: Chief minister Devendra Fadnavis on Thursday assured necessary police protection to Afroz Shah and his volunteers who are putting in lot of efforts to clean the notoriously dirty Versova beach.

Mr Fadnavis said, “The state government will extend full support to Mr Shah and his team. The BMC will dispose the garbage collected by them.” Mr Shah was also invited by Yuva Sena chief Aditya Thackeray, who encouraged his efforts.

After 109 weeks of the clean-up drive at Versova beach with the help of 12,000 volunteers, Mr Shah was threatened by some goons who abused him and asked him to stop work.

In the course of the clean-up drive, the team collected 7 millon plastic and garbage over more than two years.

Mr Fadnavis was informed about the threats issued to Mr Shah after which he invited Mr Shah and some of his team members to Sahyadri Guest House to discuss the issue.

Mr Fadnavis directed police officers to take action against the goons and asked Mr Shah and his team to continue the good work. Mr Shah and his team collect garbage and plastic bags and segregate the same.  With the BMC said to be not collecting garbage regularly, the issue was raised in Thursday’s meeting with the CM, who instructed civic officials to collect garbage regularly from the beach.