‘Only green firecrackers should be sold’

The Maharashtra Pollution Control Board will be carrying out the testing of firecrackers on Wednesday. 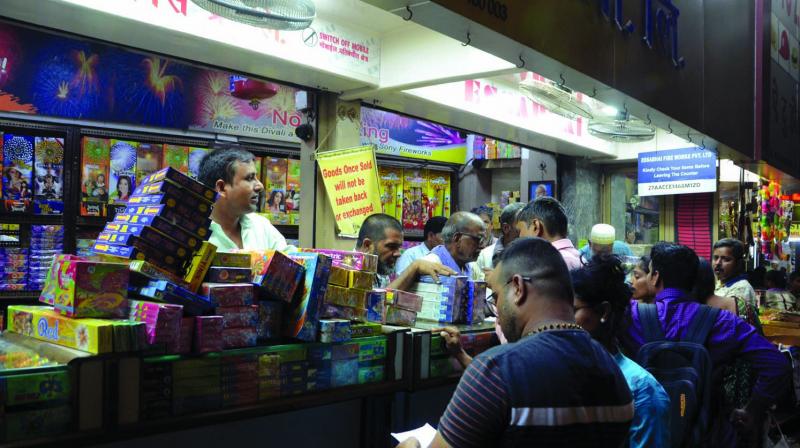 Mumbai: Even as the Supreme Court on Tuesday refused to impose a nationwide ban on the sale of firecrackers, Mumbai-based activists highlighted the need for a pollution-free Diwali this year. The activists asserted that while the order of the apex court should be strictly implemented, only “green firecrackers” or firecrackers emitting noise within permitted decibel limits and emission norms should be sold.

Last year, it was found that though all single bombs were within the permissible limits of 125 dB, most brands touched outer limits (116 to 119 dBA) that were higher than last year’s maximum reading of 117. “Testing of firecrackers is done jointly by the Awaaz Foundation. The readings will help us determine firecrackers that are ‘green’. Since most of these are manufactured at Sivakasi and supplied to the whole country, the results of currently available crackers will be crucial to the implementation of this order, not only in Mumbai but throughout the country,” said Sumaira Abdulali, founder, Awaaz Foundation.