It will be functional along with Mhada under PMAY. 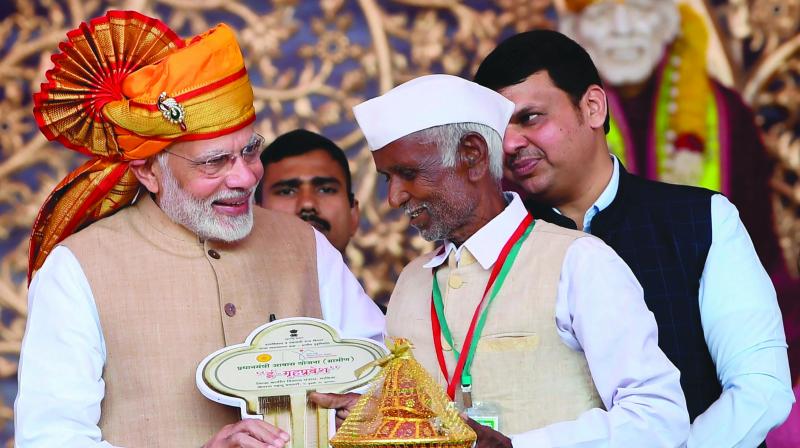 These homes constructed mostly in the rural areas and the projects undertaken are held up due to various reasons.

Mumbai: Taking the challenge of completing the task of the constructing 19.40 lakh homes across the state under Prime Minister Awas Yojana (PMAY), chief minister Devendra Fadnavis has set up ‘Maharashtra Housing Development Corporation’, a special corporation to speed up the project. This corporation will construct 5 lakh homes in urban area and will concentrate on mega projects in which 5,000 homes each will be constructed. It will be functional along with Mhada, to speed up the housing schemes under PMAY, told housing minister Prakash Mehta.

PMAY, the flagship programme of Prime Minister Narendra Modi in which 2 crore homes will be constructed across the country by 2022 has started its work from 2016. Maharashtra government has set the target to construct 19.40 lakh homes in Maharashtra by 2022, out of wh-ich 2.5 lakh homes have been constructed till tod-ay which is almost 13 per cent of the said target.

These homes constructed mostly in the rural areas and the projects undertaken are held up due to various reasons. Rural development department is accelerating the projects in rural area under PMAY, which is Union government funding scheme.

Considering the upcoming Lok Sabha and Assembly elections, Mr Fadnavis has taken the challenge to achieve the target next year as he announced on his visit to Shirdi in the presence of Mr Modi. So, he has decided to focus on mega township projects. Mr Fadnavis will be the chairman of the new corporation and Mr Mehta will be the additional chairman of the corporation, which will remain functional till 2022, or till the completion of the
target.

The government will appoint private persons in the corporation as joint chairman. This corporation will construct the homes for financially weaker, low and middle-income group. Minimum 5,000 homes will be constructed in each mega project. Union government has approved the scheme in 383 cities of the state, said Mr Mehta.

This corporation will need huge funds, which will be provided through Mhada, SRA and Shiv Shahi project as equity. Government has permitted the corporation to raise the funds from financial market and through loans, added Mr Mehta.