Mr Kshirsagar added, “Mr Patil has sold land of the Western Maharashtra Devsthan Committee in his capacity as minister and earned a huge sum.” 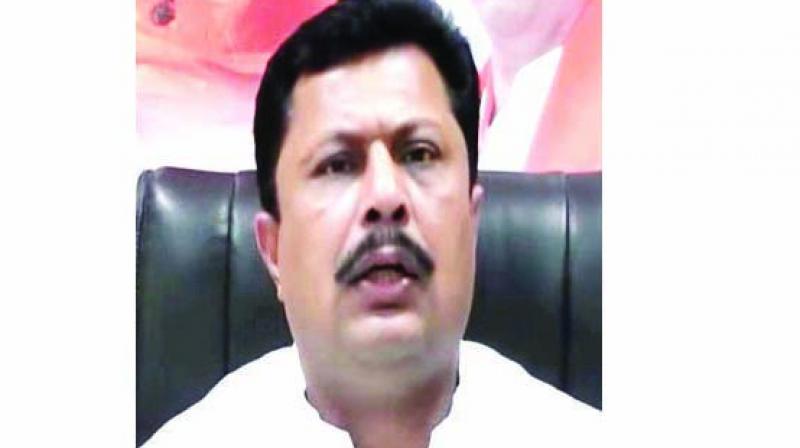 Mumbai: A Shiv Sena MLA from Kolhapur, Rajesh Kshirsagar, has levelled allegations of corruption against revenue minister Chandrakant Patil, claiming that the latter had ‘earned a lot of money in the last three years’.

Mr Kshirsagar demanded on Sunday that the Enforcement Directorate investigate Mr Patil. He added Mr Patil’s capacity to “buy opposition leaders in Zilla Parishad and Panchayat Samiti elections shows the scale of earning”. “The scale of Mr Patil’s property has seen a manifold increase since he became a minister. This is very evident from the money he is spending in politics. He is literally showering money, be it for the Ganesh festival or in local body elections,” Mr Kshirsagar, a two-term MLA, alleged.

Mr Kshirsagar added, “Mr Patil has sold land of the Western Maharashtra Devsthan Committee in his capacity as minister and earned a huge sum.”

Meanwhile, Mr Patil himself refused to speak on the issues when contacted by The Asian Age but his colleague and former Kolhapur district president of the Bharatiya Janata Party (BJP), Mahesh Jadhav, refuted the charges completely. “Dada (Mr Patil) is known as a clean minister. He is a senior politician. Mr Kshirsagar’s allegations are borne out of the frustration of losing all local body polls including recent Kolhapur municipality by-poll.” He added that Mr Patil is ready to face any inquiry and has nothing to hide.