A Right to Information query revealed that as many as 88 deaths have been recorded in the last two years in Mahul. 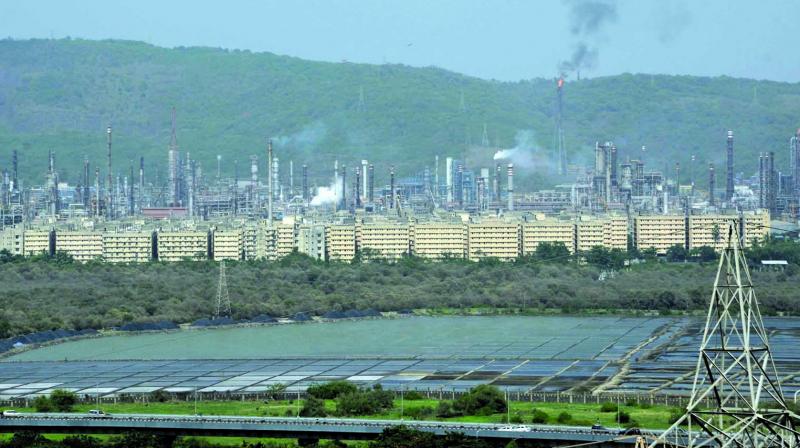 An IIT-Bombay report stated that 80 per cent of residents suffered from various skin diseases.

Mumbai: The Bombay high court on Monday directed the state government and the Brihanmumbai Municipal Corporation (BMC) not to rehabilitate any more families to Mahul. It also directed to give alternate accommodation to families, which were already shifted to Mahul, within 12 weeks.

The court made it clear that if the state can’t make alternative arrangements, then as per the April 2019 order of the HC — which the state government had challenged in the Supreme Court to no avail — `15,000 rent and `45,000 deposit should be given to every family, who wants to leave Mahul.

A division bench of Chi-ef Justice Pradeep Nandr-ajog and Justice Bharati Dangre was hearing applications of a group of people who are part of around 15,000 families’ displaced following demolition of their unauthorised houses on the Tansa pipeline that runs across several parts of the city.

In April 2019, another bench of the high court had asked BMC to carry out demolition and accommodate displaced persons to other places. However, the state government accommodated them to a housing colony in Mahul, a polluted area where refineries and chemical units are located.

Relying on the order, Chief Justice Nandrajog on Monday said, “It is evident that residential premises in the vicinity of such refineries can pose multi-faceted risks, which are not only restricted to the health of residents nearby, but also security risk by way of a terrorist attack using these refineries as targets,” the bench said. Such a terrorist attack would lead to colossal destruction within Mumbai city, it said.

The bench relied on an order passed by the National Green Tribunal in December 2015, stating that the presence of volatile organic compounds in Mahul makes the air polluted in the region and therefore harmful for human health. “We have perused reports prepared by three government agencies — the Maharashtra Pollution Control Board, the Central Pollution Control Board and NEERI — which show that the air pollution in Mahul continues to be disturbingly high and to this day, poses threat to human life,” the court said.

An IIT-Bombay report stated that 80 per cent of residents suffered from various skin diseases due to the pollution in Mahul. It further stated that people’s earnings have also reduced by 30 per cent.