The developer Abdul Razzaq Supariwala was remanded in police custody till August 27 on Thursday. 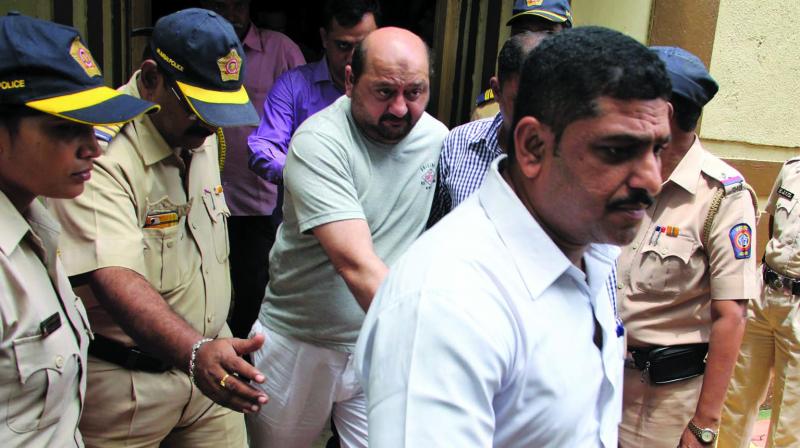 Mumbai: A day after a fire killed four persons in Hindmata, the Bhoiwada police has begun investigation to ascertain individual roles apart from that of the arrested developer. The police said that more persons, who need to be identified, are likely to be involved in the incident. The developer Abdul Razzaq Supariwala was remanded in police custody till August 27 on Thursday.

The investigation into the case will be focused on what led to the two blunders of electricity duct kept open on every floor that ultimately led to smoke and four people dying due to asphyxia in the process. The investigators said that the incident was due to gross negligence.

“We are investigating the case further with arrest of the developer,” said N. Ambika, deputy commissioner of police, zone 4.

The officials produced Supariwala before the Bhoiwada court on Thursday. It needs to ascertain how the builder handed over possession of the flats to the residents without having Occupation Certificate in place, police said.

“If discrepancies that led to fire were brought to the notice of the developer and still not rectified, then that would lead to criminal negligence,” said a Bhoiwada police officer.

The police will also record statements of committee members of the housing society in a bid to get further clarity. The court was informed that the police may need the developer’s custody to investigate these facts.

Four people, including an elderly woman, were killed and 21 were injured in Crystal Tower located opposite Hindmata Cinema. The fire broke out on the 12th floor and soon spread to other parts of the building. The building didn’t have occupation certificate (OC) and has now been declared unsafe by the Brihanmumbai Municipal Corporation.

The firemen rushed the injured people to the KEM hospital. However, four people—Shubhada Shelke (62), Bablu Sheikh (36), Ashok Sampat and Sanjeev Nair —were declared dead by hospital.

A case has been registered under sections 304 (culpable homicide not amounting to murder), 336 (endangering life and personal safety of others) and other sections of the Indian Penal Code along with relevant sections of the Maharashtra Fire Prevention and Life Safety Act.