It deals with effective measures to manage air pollution. 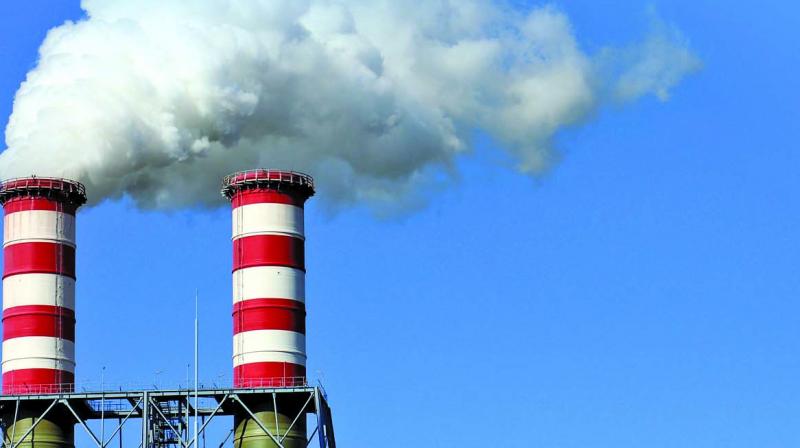 The action plan deals with measures to manage the pollution from vehicles, industries and house-hold, majorly involving burning of fossil fuels.

Mumbai: Maharashtra needs to step up its efforts to combat air pollution as several of its cities still does not have  an action plan under the much discussed National Clean Air Programme (NCAP).

A Right to Information query filed by Greenpeace revealed that none of the 17 non-attainment cities in Maharashtra, specified by the Central Pollution Control Board (CPCB) for its severe pollution, including Mumbai, have their action plan to tackle the air pollution crisis ready.

The non-attainment cities are those that recorded air pollutants like PM10 and NO2 beyond the standard limits of National Ambient Air Quality Standard (NAAQS) over the period of five years between 2011 and 2015.

The action plan deals with measures to manage the pollution from vehicles, industries and house-hold, majorly involving burning of fossil fuels.

While Mumbai remains among the seven cities with their action plan submitted, the Central body had asked the Maharashtra Pollution Control Board (MPCB) to revise these cities’ action plans, which have not been submitted yet.

Environmentalists have highlighted the need for an action plan and its quick implementation ahead of winter wherein the pollution levels are observed to increase every year.

Sunil Dahiya, senior campaigner, Greenpeace India said, “Despite Maharashtra having the highest number of non-attainment cities, lack of even one implementable action plan raises grave concerns towards the government’s preparedness to mitigate air pollution crisis and fight the health emergency the state faces due to hazardous air pollution levels.”

“All the non-attainment cities need to have action plan implemented soon, as the winter is approaching and the air pollution spike in this season as the pollutants remain for longer period in the surface at that time. We saw fog like situation in Mumbai during last winter, with pollution levels becoming as high as Beijing’s level,” added Mr. Dahiya.

However, the MPCB has maintained that the action plan would be ready soon and will be implemented by September end. “We have submitted action plan of eight cities with the CPCB and those of other seven cities are being submitted on Thursday. There are only minor changes that the CPCB had asked for, which will be done,” said Dr. P Anbalagan, member secretary, MPCB.