The 17-storey Crystal Tower building, where four people died in a fire, was not issued the OC by the BMC. 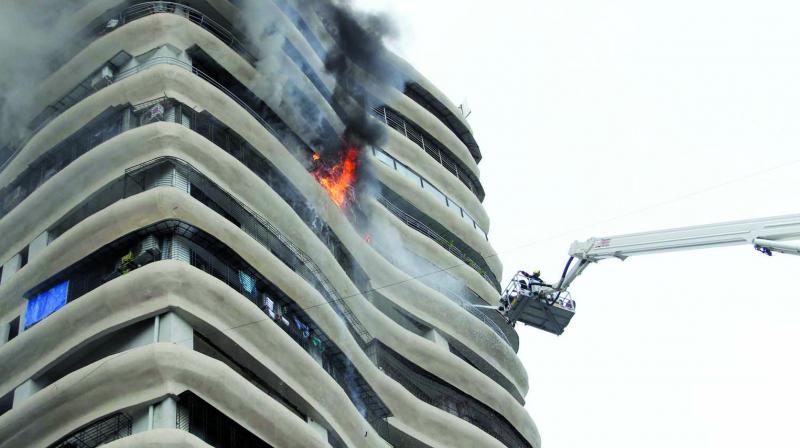 Mumbai: The fire at Crystal Tower building at Hindmata, Parel, has again brought to fore the issue of buildings without Occupation Certificate (OC) in the city. While the Brihan-mumbai Munic-ipal Corporation (BMC) has no monitoring system with a clear break-up of such buildings, there are roughly 56,000 buildings in the city having no OC.

According to the civic officials, the construction of buildings is carried out only after the plan being approved by the civic buil-ding proposal (BP) department. After completion, the builder has to seek OC from the department, which confirms that he has carried out construction as per the plan and also gives the structure legal status. However, several builders hand over the building possession without procuring an OC.

The 17-storey Crystal Tower building, where four people died in a fire, was not issued the OC by the BMC. The BP department had issued a notice to the builder and 58 occupants to vacate the building within seven days in October 2016, but matter landed in the court and still subjudice.

“In many cases regarding buildings without OC, residents or developer approach the court after being served a notice by the civic body. Due to this, action gets delayed,” said a senior civic official. However, the BMC char-ges double for water and sewerage and higher property tax to residents of the buildings without OC.

Two years ago, the BMC had turned down the corporator’s demand to provide occupation certificate (OC) to the buildings, which had built illegal floors on the top. This will indirectly encourage illegal constructions in the city, said civic officials.