Government has listed 10 criteria for checking risks to the structures. 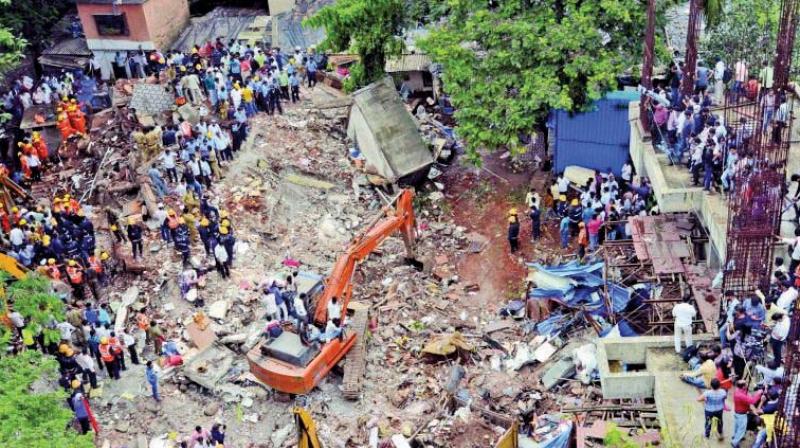 The architect and the engineer will grant provisional approval by self-certifying the building proposal.

Mumbai: In the aftermath of the Ghatkopar building collapse, the state government has directed all municipal corporations to speed up approvals of buildings and structures based on a risk-based categorisation.

The architect and the engineer will grant provisional approval by self-certifying the building proposal. CM Fadnavis had already made an announcement in the assembly earlier this month about the structural audit of buildings.

The Maharashtra Urban Development Department (UDD) on Tuesday issued directives, making mandatory, risk-based assessment as part of all construction permissions sought under the Development Control Rules (DCR) and the Maharashtra Regional Town Planning Act (MRTP), 1966. All municipal corporations, including the Mumbai civic body, will now have to put in place a new assessment system to grade buildings based on the level of risk. The state order was issued under section 154 (1) of the MRTP and applies to all approvals  ‘of building/structure for risk based categorisation and fast tracking approvals during and post construction.’

The government has listed 10 criteria for risk assessment ranging from low to moderate risk structures. The criteria include factors such as, plot area, permissibility, plot status, front and side open space and tree cutting.

An UDD official said the directives were a part of the Ease of Doing Business Assessment.  “Under the DIPP’s ease of business plan the government of India has mandated as part of obtaining construction permission and completion-cum-occupancy certificate, a computerised system for identifying buildings/areas that need to be inspected based on risk assessm-ent,” the official added.