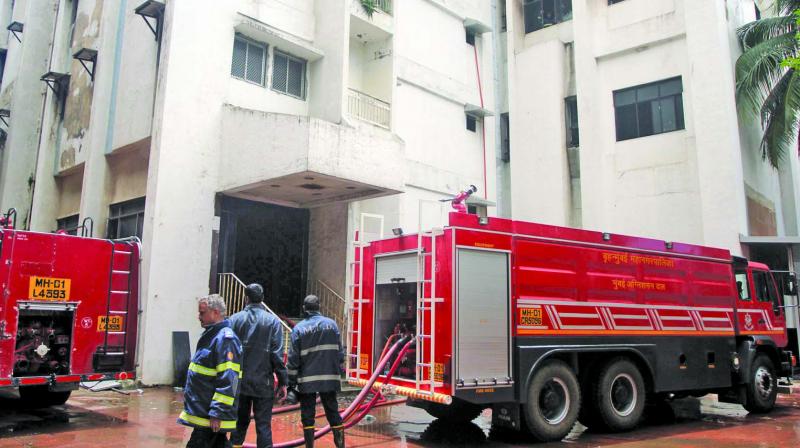 Mumbai: Internet and telephone services in Bandra and nearby areas have been affected due to the massive fire at the MTNL building.

Efforts are underway to restore the services affected, after cables and other equipment burned in the fire at the nine-storey MTNL building Monday. The building houses MTNL’s telephone exchange.

The telephone and Internet services of customers in Bandra Reclamation, Kalanagar, Kherwadi and other areas near the MTNL building have been affected. According to MTNL, “The services will be restored in seven to eight days.”

There are many private and government offices in the Bandra area. The MSRDC office in the Reclamation area, too, has been affected as landlines are not working.

Two telephone companies have their administrative offices in the same building. Land line services of about 25,000 customers and Internet services of 8,000 customers are down, which are likely to be restored within the next four days, a statement said.

According to the fire brigade officer, the MTNL office fire rescue operation is the biggest such operation in recent times.