According to reports, the accident took place at 7:30 pm and was recorded on CCTV camera. 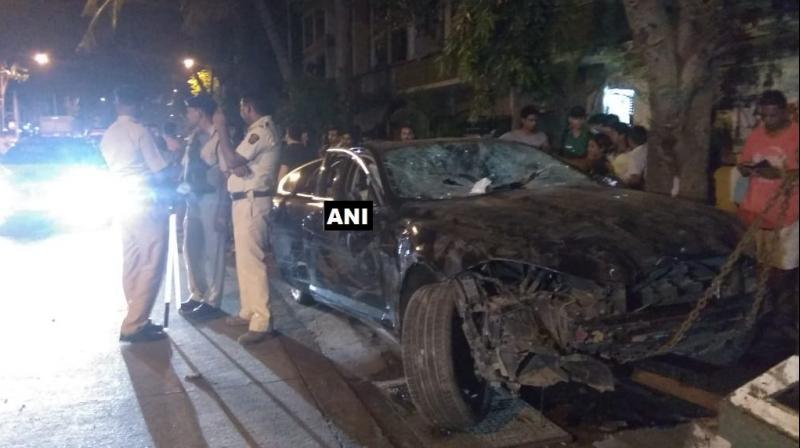 Driver has been arrested and investigation into the accident is underway. (Photo: ANI | Twitter)

Mumbai: At least four people were injured and 10 vehicles damaged on Monday evening when a speeding luxury car ran into them in Mumbai’s Versova.

According to reports, the accident took place at 7:30 pm and was recorded on CCTV camera. Hitesh Golecha, the driver of the car was reportedly under the influence of alcohol and tried to flee after hitting the vehicles and people. The passer-by stopped his car and beat him before handing him to the police.

Police said that the injured includes children who have been admitted to a nearby hospital.

Driver has been arrested and investigation into the accident is underway.